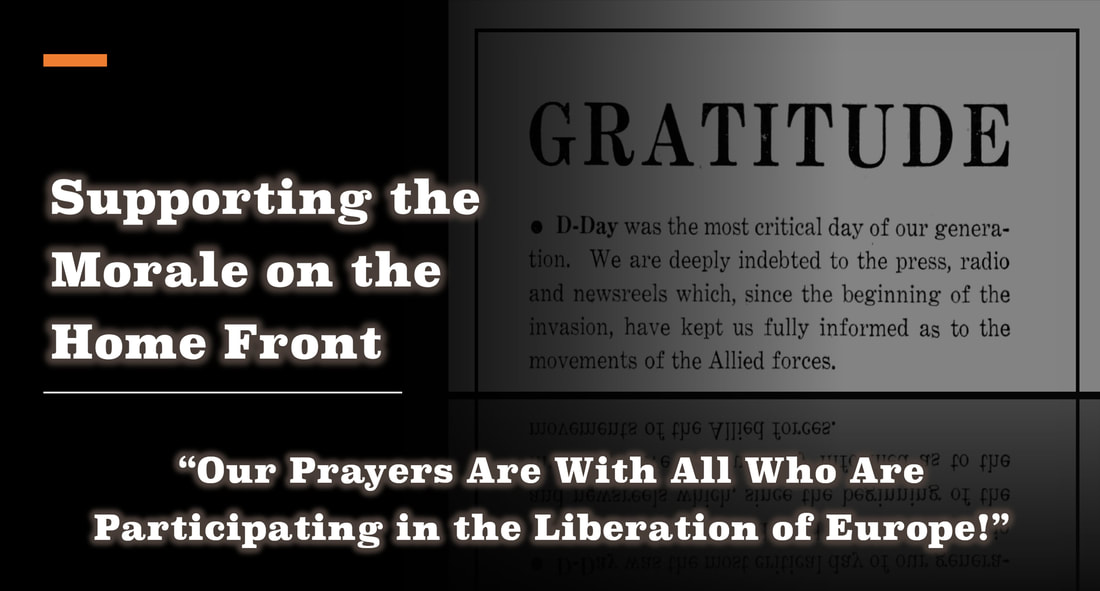 IBM's National Advertising to Support World War II Home Morale
And the company kept up the hue and cry of financially contributing to the war!
* The number of newspapers is a conservative estimate as these are papers which are carried on newspapers.com, and it is apparent that the advertisements took longer to appear in some papers (outside the dates listed) probably because of normal processing delays for such massive, nationwide advertising campaigns.
Critical 1943 World War II Dates: (these may not appear properly on a mobile device)
In 1943, IBM also ran a full-year set of advertisements to encourage the individual citizen to purchase war bonds to pay for the massive war effort and avoid burdening future generations with its costs. That information is available here [War Bond Advertising].
As always, if you or your family were in any way associated with these or other IBM World War II activities or have information you believe is valuable to understanding IBM and Thomas J. Watson Sr.'s contribution to the war effort, please contact us.
Return to the Thomas J. Watson Sr. History Home Page