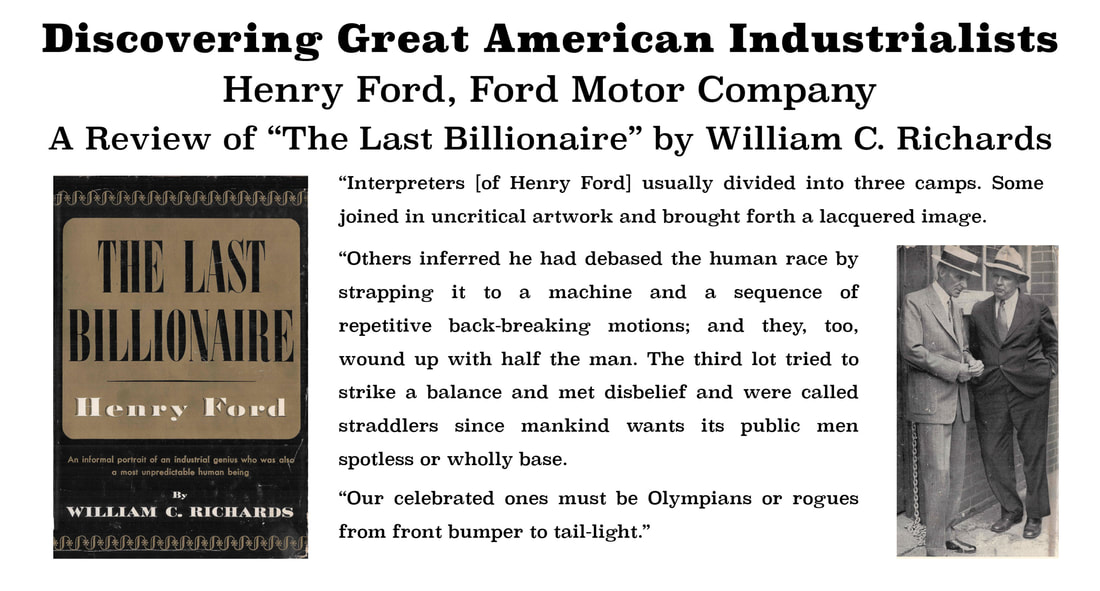 People who read ulterior significance into Ford's admiration for Germany and insinuated that the same admiration extended to Potsdam and Berchtesgaden, missed the point. He was interested in Germany because of its efficiency, cleanliness, its manufacturing methods and its products, and because he thought Germans as a race worked harder than other people.

​These were virtues he believed in. They were, in his book, the most important things in life.

In a wonderful paragraph I think Mr. Richards summarizes one problem that most biographers have and even a problem we have as a society with our very judgmental style on the internet.

Interpreters [authors] usually divided into three camps. Some joined in uncritical art work and brought forth a lacquered image. Others inferred he had debased the human race by strapping it to a machine and a sequence of repetitive back-breaking motions; and they, too, wound up with half the man.

The third lot tried to strike a balance and met disbelief and were called straddlers since mankind wants its public men spotless or wholly base.

​Our celebrated ones must be Olympians or rogues from front bumper to tail-light.

This book is a wonderful read into the life of America's first industrialist to grab attention-getting headlines almost every time he took a breath and exhaled. Too many times, the kid in him ran with the opportunity.

A great book from a "straddler."