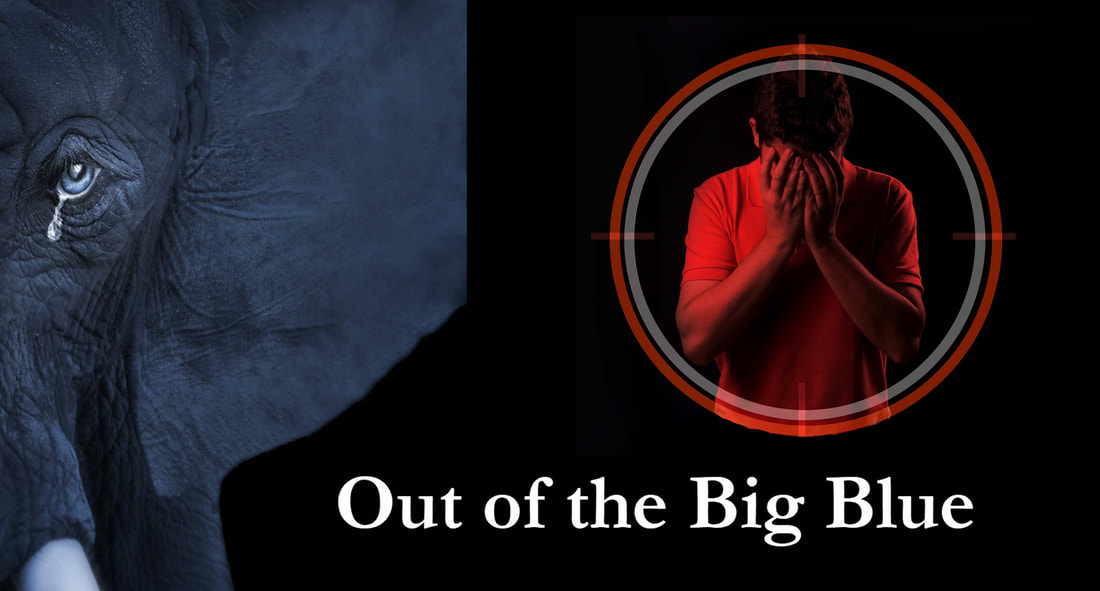 ​​My family experienced two Resource Action (R.A.) Days in 2003, within a few months of each other. This is the story of those back-to-back experiences, which occurred after Lou Gerstner said he was going to put an end to them. Evidently Sam Palmisano didn't read Lou's memo.

At least Gerstner was correct in one respect: they are the equivalent of Chinese water torture.
How Resource Actions Affect Family
Out of the Big Blue
In January my new sales manager called me at my home office. “Pete, layoffs may be hitting the Sales and Distribution Division (S&D). You’ve been a wonderful employee, you’ve performed well, and I’m giving you as much time as I can, but you are on my list to be targeted for a layoff. If you haven’t found another job in the next thirty days, you will get 'The Letter.' ”
"They’re eliminating the remote coverage out of Austin, and as you know, we already have someone in Austin covering central Texas.”
I thought back to my decision to cover the Midwest United States. I had relinquished Central Texas to an Austin newlywed. I had always traveled anyway. My wife and I had gotten used to it, and since many of my peers would not travel, it meant job security. Now I was in trouble because of it.

“Will you support me looking for another job?” I asked.
Wrong Division and Wrong Time
“I thought I was in the Software Group?” I stammered. “All my executive contacts are there. In Software Group, I could call in favors.”

It was hard to tell if this conversation affected him or not—he responded very factually, “Pete you’re in Sales and Distribution. With this appraisal you’ll need the approval of the accepting division’s senior vice president to move. I’m sorry, Pete.”

“Senior vice president” meant one of the CEO’s direct reports. The more I twisted and turned, the tighter the noose drew.

But he was giving me a head start. I held my breath as I asked, “If another manager calls you, I’ll need you to tell them that my 3 rating is just because I didn’t make quota in some pretty tough years; that my performance, other than making quota, is exemplary. Are you comfortable with that statement?”

“No problem, Pete. Your appraisal is about missing quota. Nothing personal, it’s just the condition of IBM sales right now. Not many folks are getting good appraisals.”

Now I had to face the next hurdle. Somehow the division I worked in had changed. For the previous two years, I had been isolated in my home office. I worked alone with no face-to-face contact with my manager or any executives. The home office had become my greatest liability. I might as well have been in a different company.

The first week passed in a blur as I fumbled around IBM’s archaic internal job application system—a 1980s mainframe remnant. S&D was buttoned up tight. Even offers to relocate at my own expense fell on deaf ears. It became obvious that jobs were filled before being posted—experienced managers ensuring they had their candidate in the queue. I lost precious time working within a broken system.
Work and Family Relationships Matter
​Jobs were disappearing everywhere. S&D was hit the hardest. I called for days, working my way through all my old contacts. Many said they had been getting similar calls. Many said, emotionally, that they had nothing and knew of nothing. Most treated it with disbelief.

Some said, “Pete, IBM won’t let that happen to you.”

They thought in twentieth-century terms, as if IBM were still a living, breathing, caring being.

I would say, “If I don’t have a job by the time they print that package, I’m history.” But as I felt the pain I was causing, I would add, “I’ll make it. Keep me in mind if you hear of anything opening up. I’ll check back.” I turned fifty that year—a scary time to be starting over again. But I kept at it.

Suddenly, I found one! After hundreds of calls, a single chance at continued employment. Donna Briar and I had worked together when I was the OS/2 Warp Server brand manager and again on the OS/2 worldwide sales and support teams. There was a market management position open on her team. I asked if she would recommend me.

“Has it been posted yet?”

“I don’t think so. The person is just leaving.”

John Carter was a vice president in Software Group (SWG). I had never worked directly for him, but I had been constantly around him in meetings, consultations and critical decisions during my tenure as Warp Server brand manager. We worked together again as we extended OS/2’s life with Workspace on Demand. With many self-doubts, I called him directly.

“John, I don’t know if you would remember me or not, this is Pete Greulich.”

“Pete, it’s great to hear from you.” The instant recognition caught me by surprise. “Donna told me you would be calling. What can I do?”

All I could think was how much I owed Donna right then.

“John, I’m looking for work.” I didn’t want to get into the desperation I was feeling.

“I have an opening,” he said. “You need to get with my first line manager, though. I’ll give him a call, but you know it’s his team and I won’t tell him to hire you. You’ll have to pass his interview.”

“I understand, John. That’s all I can ask.”
Too Many Executives Ignore the Effects of Resource Actions
When I met John’s first line manager for my interview, it started off ablaze: “You know John told me I don’t have to hire you. He was real clear about that.”

Was he judging my reaction? Was this the “stress question” that we had all been taught in IBM New Manager’s school? If so, it was working. Fear crept in. This was my only opportunity. I couldn’t go home empty-handed.

I responded quickly, “I expected as much. I don’t like folks that use executive pressure to get jobs. Never cared for the ‘good old boy network,’ but in this case I happened to know both Donna and John. I hope you don’t feel like you got caught in the middle. I absolutely know it is still your decision.”

He immediately lightened up. “Well, according to John you are the closest person to someone who walks on water in this company, so let’s talk.”

Two days before the letter was slated to arrive, Software Group approved my return.
A Game of Musical Chairs: The Second Resource Action
​I repeated firmly, “We are not affected.”

​Not sensing anything, she said, “Thank you, if I had seen this on the news, I’m not sure what my reaction would have been. It would be hard to stay focused on teaching. I would be worried about you.”

The layoffs made the morning news. It went national quickly. People’s lives became statistics. I couldn’t face my coworkers. I had seen too many cry in bathrooms, stand shell-shocked outside of a first line manager’s door or leave work early to tell their family.

So I left early—nothing productive ever gets done on R.A. Days anyway.

That afternoon, I looked up from my home office desk to see my wife standing at the door. Her face was as white as a ghost. I thought someone had died.

“You’re supposed to be at work. You told me this morning . . .” Her voice dropped to an almost inaudible level, but I could see the question formed by her lips, “Is it starting again?”

“My God, no! I just came home early. It was just too hard to watch everyone being told. It didn’t affect us.”

There was no glee in my voice. It would have been disrespectful to those who were at home having a different conversation with their spouse.
She paused for a moment. “Until this moment, neither did I.” No tears flowed, but they swelled up in her eyes as she recalled the details of just two months prior. The homeless elephant in the room—twenty-one years after Tom and my coworkers removed it—had returned.

​But until this moment we had never acknowledged it.
Return to "Resource Actions home page" Information Home Page