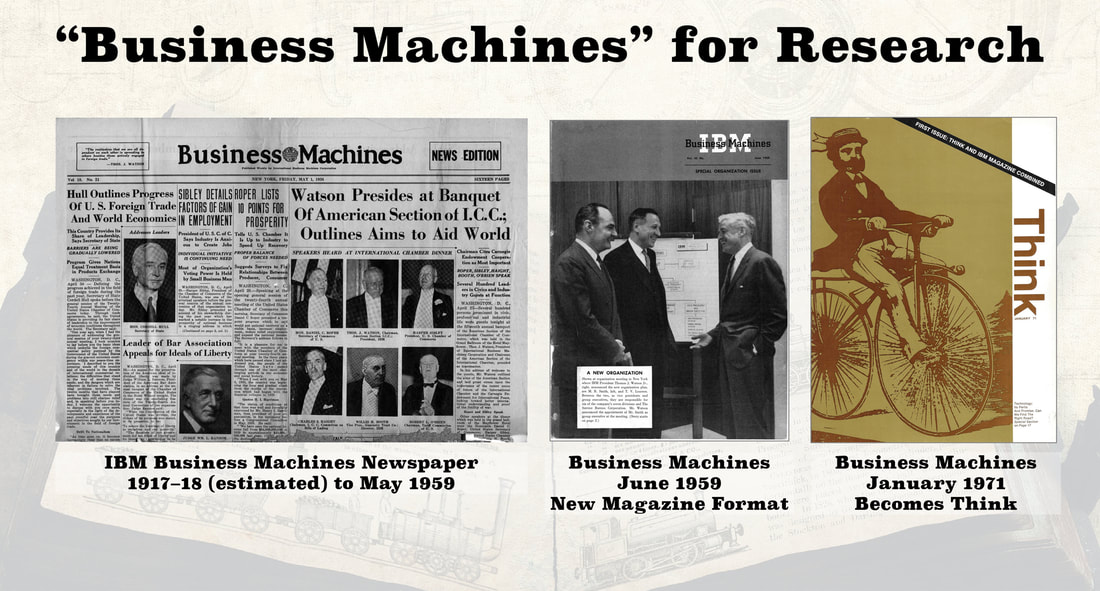 IBM Business Machines Newspaper
IBM Business Machines was a weekly (sometimes more often) ​paper published by the early IBM to ensure that all IBMers were in touch and informed. During World War II it was sent overseas religiously to IBMers in the service to enable them to stay in touch with their work family. Promotions, births, deaths and speeches by IBM's executives (and during the war the president) were published weekly and distributed to all IBMers around the world.

If you have copies, please do not throw them away. Contact me: Please! 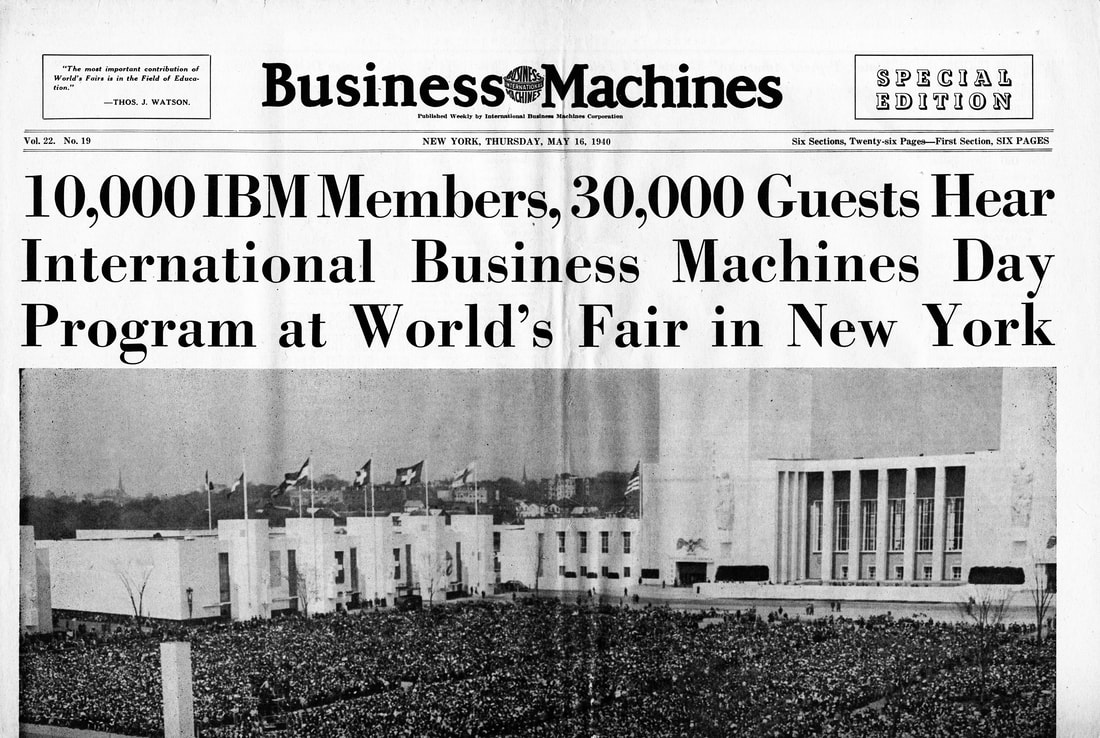 ​This special issue of BUSINESS MACHINES marks a change in format. The new size will incorporate type changes and layout techniques designed to improve its appearance and usefulness to you. ... Subjects will range through IBM policies and benefits; employee, management, and company activities of outstanding interest; products, product applications, and customers.

​In short, subjects will be chosen to help you better understand the company of which you are so vital a part.

​As indicated above, the publication still targeted an internal IBM audience. In January 1971, it was merged with and replaced by THINK Magazine, which then became an internal only magazine.
Return to the "IBM Publications" home page