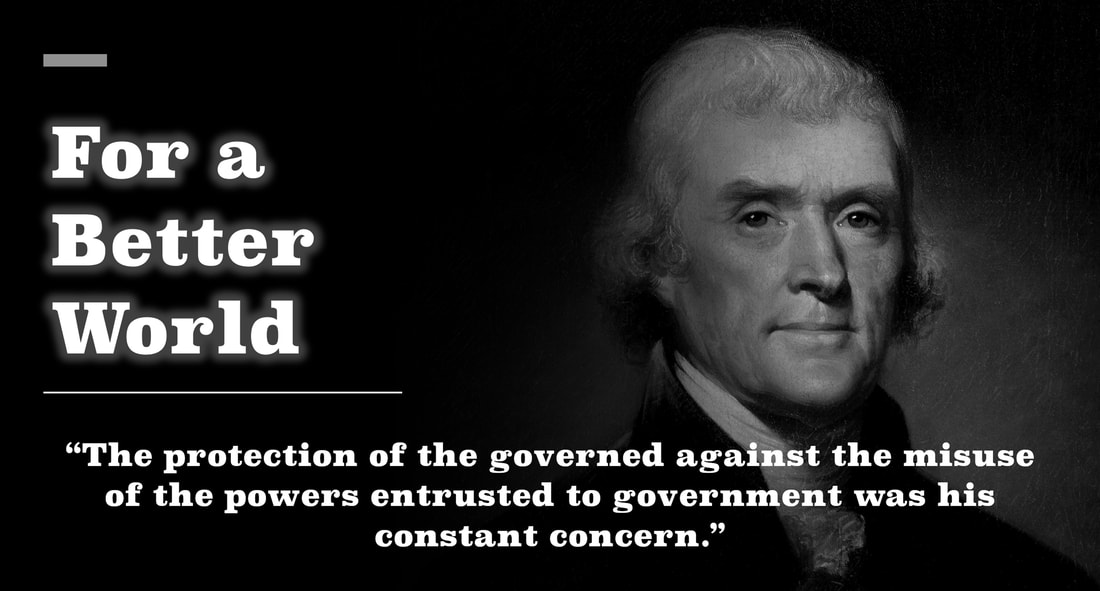 Thomas J. Watson Sr.'s "For a Better World"
Introduction
The following was Tom Watson Sr.'s contribution to the anthology about Thomas Jefferson.
Thomas J. Watson Sr.'s "For a Better World"
The protection of the governed against the misuse of the powers entrusted to government was his constant concern. He saw clearly that what had been attained in the past must be preserved for a future and a better world. The preservation of ancient and accepted ways, so that they might serve to guard the human rights he had declared to be inalienable, was Jefferson's contribution to making the aspirations of his age into the living reality we have so long enjoyed.

It was Jefferson who recognized that each one of us has his own life to live, and that none can divest us of that responsibility—that our equality in that responsibility is of such supreme importance as to carry the true meaning of human equality to all free men. It was his uncompromising faith in his fellow men that led him to place his trust in the righteous and unerring judgment of our free and sovereign people.

In this hour, when we are waging total war lest this people perish, it is the Jeffersonian tradition which has given us the vision that not only free men, but free nations also, have achieved their freedom in order that they may cooperate in preserving their heritage for the generations to come.
Thomas J. Watson Sr., "For a Better World"
Return to the Thomas J. Watson Sr. History Home Page