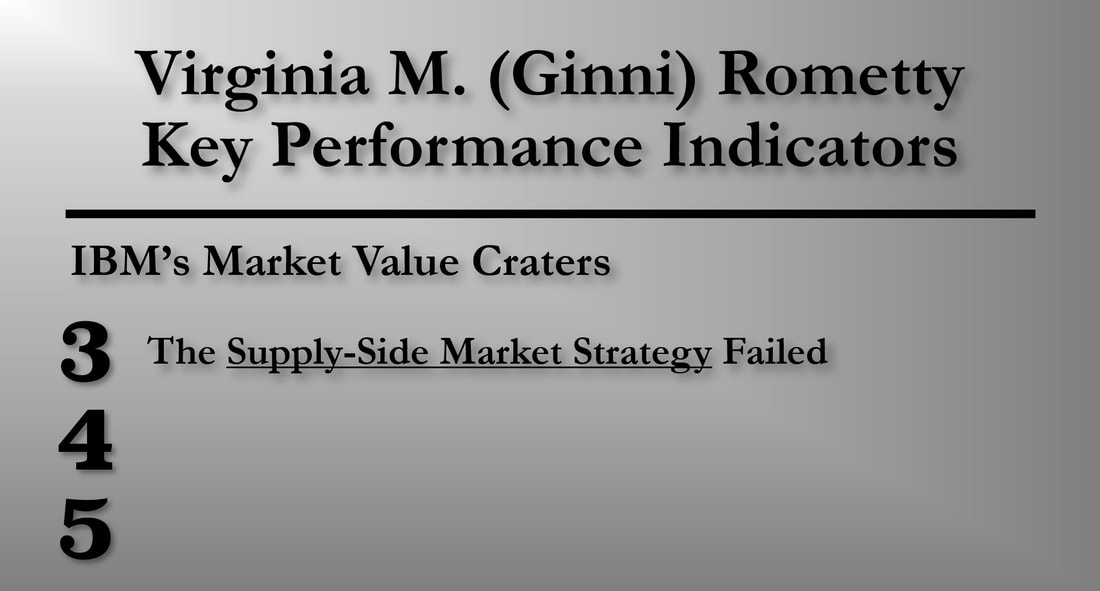 "The board of directors approved sweeping changes in executive compensation. They include innovative programs that ensure investors first receive meaningful returns—a 10 percent increase in the stock price—before IBM’s top 300 executives can realize a penny of profit from the stock option grants. … IBM's market value would have to increase by $17 billion [reaching $174 billion] before executives saw any benefit from this year’s option awards." [See Footnote #1]

​Samuel J. Palmisano, 2003 IBM Annual Report
​ KPI #3: The Supply-Side Market Strategy Failed​​
Reducing the number of shares through buybacks while market value was dropping—demonstrating a loss of confidence in the company—was meaningless. Rometty spent $58 billion in paper—greenbacks, on a different form of paper—stocks, rather than investing in business-first—people, processes and products.

In eight years, IBM’s market value fell by 44%—more than 50% in 2011 dollars. This drop in market value exposes the stock-buyback dilemma: stock buybacks only address the supply side of the market-value equation.

A meaningful market value strategy addresses the demand side: building superlative products targeted at customers in growing markets; engaging employees to increase productivity; communicating with shareholders to increase stickiness; and investing in community relations to strengthen brand image.
​
A meaningful market value strategy requires more than reducing the supply of paper when there is dwindling demand for the paper in the first place.
​ Behavioral Changes to Consider Before Investing in IBM
[Footnote #1] In 2004, IBM only increased its market value by $5 billion to $162 billion—missing this executive compensation target. IBM’s stock price closed on December 31, 2003 at $92.680 and on December 31, 2004 at 98.580. This was a stock price increase of only 6.4%, considerably below the 10% target. There is no mention in the 2004 or 2005 annual reports how IBM’s top 300 executives reacted to missing every “penny of profit.” Market value then fell below the 2003 level until 2009 when it reached $171 billion—still less than the target set six years earlier. The 2004 market value set as the executive compensation target wasn’t reached until the end of 2010—seven years later—when it reached $180 billion. Market value peaked in 2012 and lost 44% of its value—coming to rest at $119 billion at the end of 2019.
​
[Footnote #2] This would be higher without the diluting effect of shares issued for stock-based compensation. 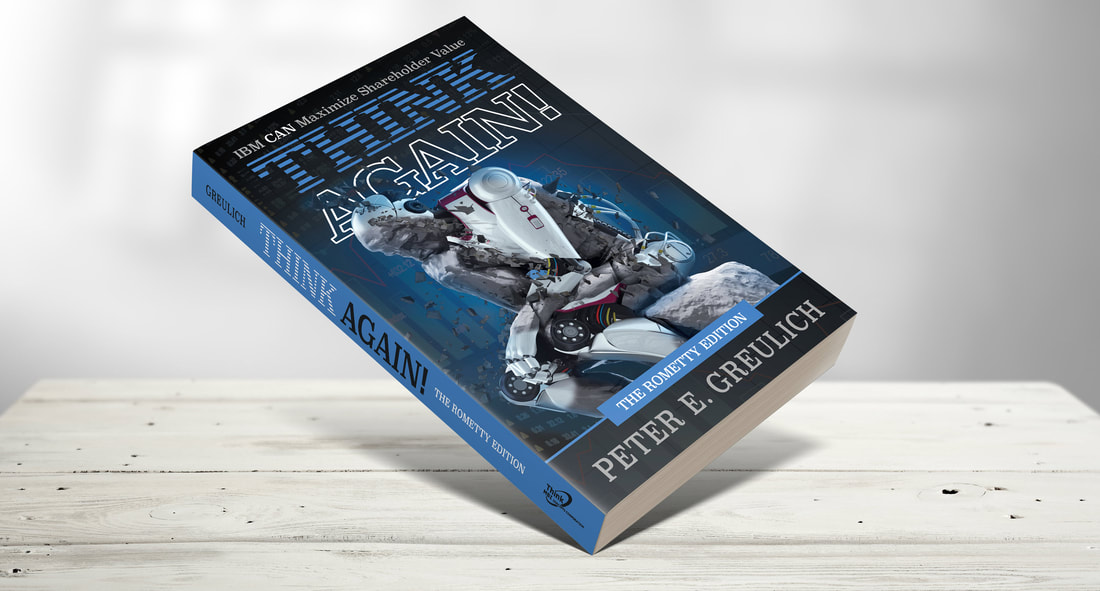