Was IBM the 2020 Worldwide Patent Leader? 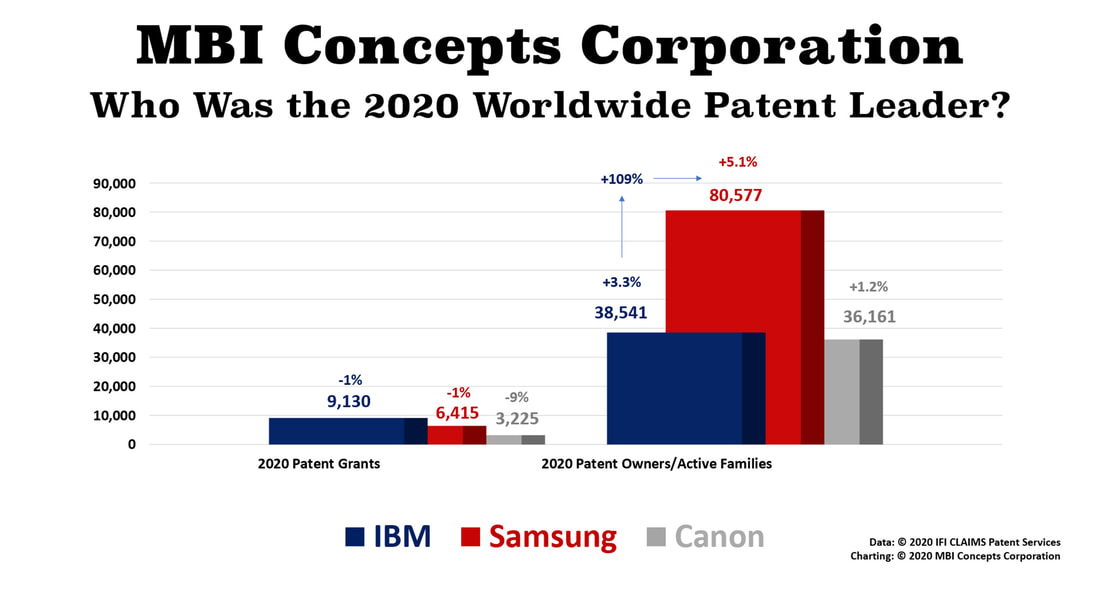 Evaluating Different Measurements of Worldwide Patent Leadership
Introduction
​The problem is getting the market to accept a more realistic measurement of “patent leadership.” If the technology industry can be so persuaded, this author will need to add a few more “p's” to his oft-written statement about IBM's 21st Century leadership:
​
The way to measure patent leadership in 2018 entered a brave new world. It evolved from a short-term, point-in-time measurement to a long-term, accountability measurement. In the area of patents, it appears the industry is taking a step towards changing its methodology to determine who is truly winning the patent game—who keeps putting the most points on the scoreboard.
​
​Let’s use a simple baseball analogy to get the point across.
A Baseball Analogy Applied to Patent Leadership
There is probably no better sport than baseball as an example of this new way of tracking patent leadership. In baseball, minutiae are tracked to the nth degree. At almost any time a baseball aficionado can pull up statistics to track a team’s performance. Of course, even after analyzing all these minute details, what really matters is who puts the most runners across home plate.
​
In patents, the current way of tracking patent leaders is to count the number of patents granted in a particular year, chart the number of patents granted, and declare a winner. This is analogous in the game of baseball to tracking the number of runners who “get on base" and declaring "game over." This doesn't work in baseball, and it doesn't work in judging the "value" of patents either. The chart below shows IBM once again leading in putting “runners on base” or patents granted in 2020.

​This is the statistic that the press and IBM publicize each year. This is IBM's 2021 press release: IBM Tops U.S. Patent List for 28th Consecutive Year. 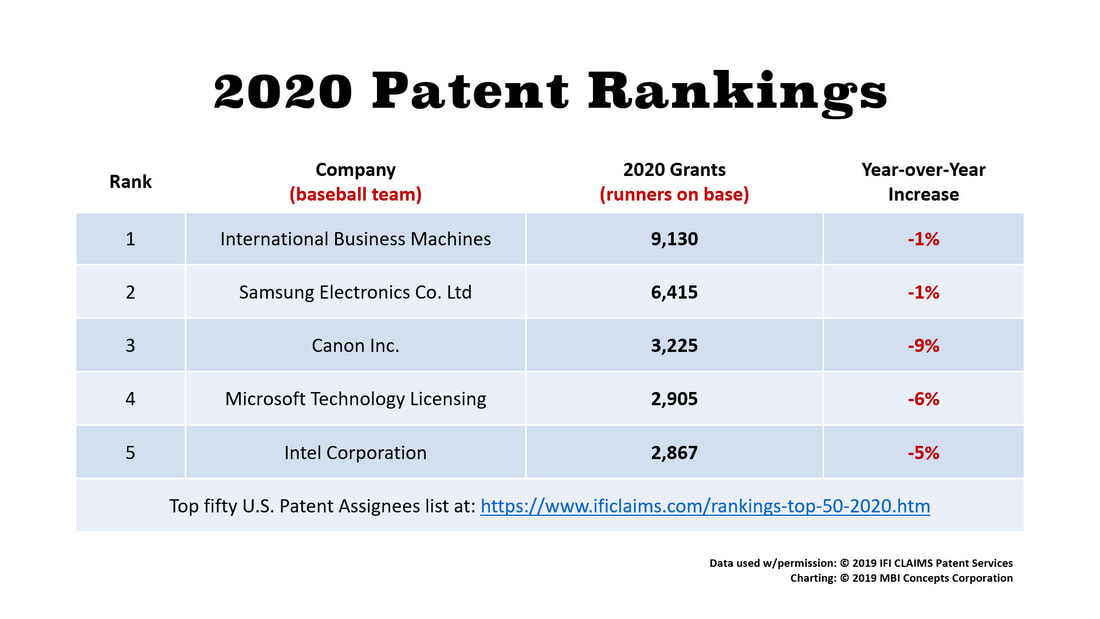 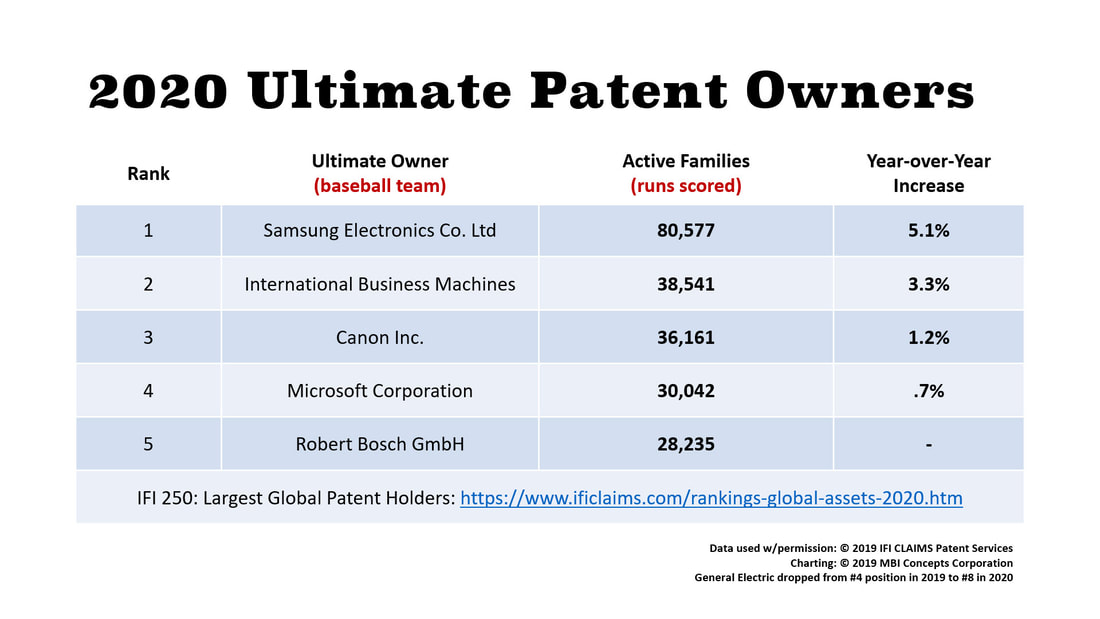 Samsung, in patents, is the equivalent of a winning baseball team that is putting fewer runners on base (42% less patents granted in a single year than IBM) but has processes in place to keep advancing its runners (its patents) until they cross home base—returning value to the corporation (110% more patent families than IBM).
​
In this respect, Samsung can already—and absolutely should—tell its employees, the technology industry, and press that in 2020 it has now put together a “string of three” in a goal to keep outdistancing the rest of the industry in patent leadership.
Overview of Patent Leadership Information
When the patent list was published this year, the data for the top contenders comes from a company called IFI CLAIMS Patent Services. It is the data source referenced by all the major articles that published IBM’s leadership for its 28th consecutive year [IBM press release here]. Yet, few mentioned the new fine print.
​
No one can take away this string of successes that IBM has built year-over-year for more than a quarter of a century, but the rules of the patent leadership game has just changed. ​In this case the change makes the patent information long-term , more relevant, and more accountable, and is, therefore, better.
The Author's Thoughts and Perceptions
[Footnote #1] This new analysis calculates the world's largest active patent holders, including subsidiaries, as a snapshot in time as of December 31, 2019. The IFI CLAIMS Ultimate Owner ranking is a completely different view of patent holdings [emphasis added]. Rather than looking at the grants received in a given year, as the Top 50 ranking does, the "Ultimate Owner Ranking" looks at the current cumulative patent holdings. The Ultimate Owner report ranks parent companies by the active patent families they own. The holdings of subsidiary companies are included in the parent company's holdings. See explanation of how patent families compensates for market changes: [here].
REturn to IBM's 21st Century Patent Leadership Home Page