DISCERNING READERS
“They’re not afraid to stand up in a meeting and challenge a speaker; but when they do, they do it in a constructive way.  . . .  Their tenacious persistence—and guts—help keep a company young and exciting." 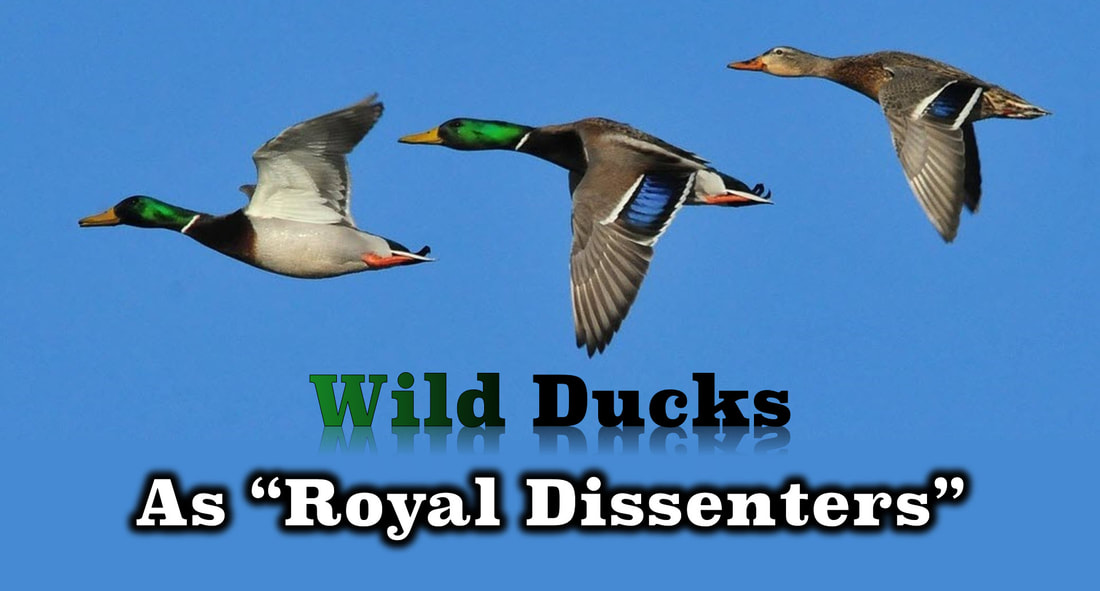 ​IBM at one time had a “Buck Rogers” and a “Mr. Rogers” all rolled into one.

This author has added headings and some information [in brackets] for clarity and flow. If there are any errors, they are the responsibility of this author alone. In all my reading of material from IBM, this is one of the best expressions of the duties, responsibilities, and effect wild ducks have within their organizations.

The message of a wild duck must be transmitted properly.

But equally important is the executive’s reception.
​
Buck coached and then listened.
IBM's Wild Ducks Were Royal Dissenters
Avoiding Corporate “Self-Indulgence, Fat and Sloppy”
“The management of a company has to have its share of internal critics or else it tends to get self-indulgent, fat and sloppy. ​​"Like most of us, I like to have things go my way, but I can’t stand to work in a world of yes-men. They create an atmosphere that can lull you to sleep.
​
“I like people who care enough about what’s going on to speak up when they don’t like what they see. Of course, there are critics and there are critics, but even the worst of them are more stimulating than the best of the yes-men.
The Levels of Dissent: Constant, Loyal, and Royal
"​At the same time, be constructive; not abrasive and cynical. Don’t turn every minor issue into a major one. When you decide to take me on, make sure that you have your facts straight, and be prepared to stand up for what you believe. Most of all , think in terms of a solution.’
“The more responsibility you carry [emphasis added], the more important it is for you to get your people to think of what they would do if they were in your shoes. You want them to develop a proprietary attitude about the company. The last thing you want to do is inhibit them from expressing their criticisms.

“Don’t chase them to the nearest bar, where they can commiserate, over drinks, about how bad things are.
​Why Encourage Royal Dissention?
“Every company needs its royal dissenters.

“Like the corporate entrepreneurs, they are risk-takers. They’re willing to stick their necks out and challenge the status quo. They’ll do it again and again when they are convinced that they’re right. They write letters to top management and fill the suggestion boxes. These people believe that they have the right ideas, and they want to convey them. They don’t care whom they’re talking to. It could be one of their peers or the chairman of the board.
​
“They’re not afraid to stand up in a meeting and challenge a speaker; but when they do, they do it in a constructive way. They are those “wild ducks” of business that Tom Watson, Jr., talks about. Their tenacious persistence—and guts—help keep a company young and exciting.
​  ​Buck Rodgers’ Views Were Straight from the “Old Man” Himself

I sometimes think you do not criticize us enough. Perhaps it is because you think so highly of your associates at headquarters that you do not feel you should be critical, but when we do the wrong thing, remember that it is always our friends who criticize us and our enemies who tell us we are right.

​Thomas J. Watson Sr., Human Relations
Roam Around the IBM Wild Duck Information with the Links Below
or [Return to the Wild Ducks Home Page]