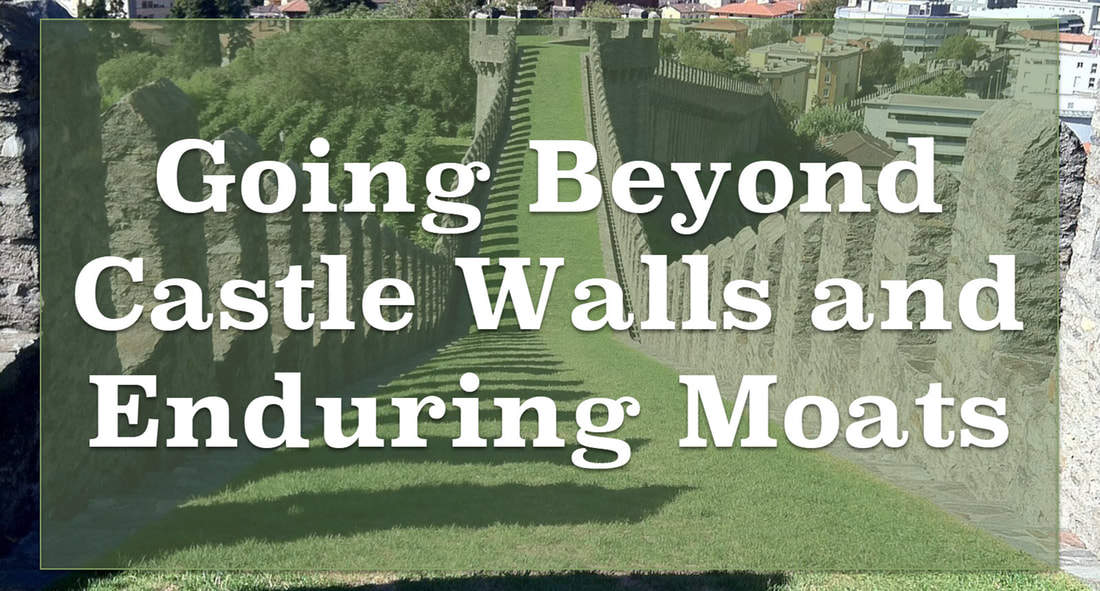 A truly great business must have an enduring ‘moat’ that protects excellent returns on invested capital. The dynamics of capitalism guarantee that competitors will repeatedly assault any business ‘castle’ that is earning high returns. Therefore, a formidable barrier such as a company’s being the low-cost producer—or possessing a powerful world-wide brand—is essential for sustained success.

Warren E. Buffett, Letter to the Shareholders of Berkshire Hathaway, Inc.
Why did Warren Buffet invest in IBM? ​He told CNBC's Squawk Box that he had been "hit between the eyes" by how IBM found and kept its clients. He believed he had found an "enduring moat" at IBM: its customer loyalty.

​Was Warren Buffett right to sell his investment in IBM? ​​From the chart below, the deterioration in market value after 2012 validates his decision to sell: an almost 50% drop in market value.

Share buybacks can not compensate for the market's lack of trust and confidence in a corporation's leadership.

When Warren Buffett invested in IBM, he thought all he needed for his investment to be safe was castle walls and enduring moats, but the 20th Century IBM was always more than brick and mortar surrounded by deep ditches filled with water. ​Its walls and moats were defended by enthusiastic, engaged, and passionate stakeholders: customers, employees, shareholders, and their supportive societies.

Maybe, what Warren Buffet discovered after his investment is that the 21st Century IBM had long lost its "stakeholder magic" that had sustained it for so long through so many recessions and hard times. Its once great culture that maintained a sustainable stakeholder ecosystem of customers, employees, shareholders, and societies was dead.
IBM Was More than Brick and Mortar, and Deep Ditches Filled with Water
When Warren Buffett invested in IBM, the investment community wanted to hear his down-to-earth wisdom. He believed that IBM would serve his interests as a long-term shareholder. He believed it had enduring moats surrounding an economic castle that would provide excellent returns while protecting his invested capital.

Watson Sr. built these moats, but his architecture included battlements manned by passionate, engaged, and enthusiastic stakeholders, because, to a competitor, a moat without defenders is just a pleasant water course; to keep his defenders vigilant, he practiced “profit for the customers, profit for the employees, and profit for the stockholders.” He extended this philosophy to include society when he said, “I don’t think any man in good health should retire. A man can retire from certain responsibilities, but he still has the responsibility to do something for others.”
​
There are examples in IBM’s long history of employees sacrificing for the sake of their shareholders; shareholders providing money to rescue the corporation; customers giving a trusted vendor time to deliver the right technology; a chief executive officer reducing his commissions to provide employee benefits; and society defending the principles upon which the business and the country were both based. During such times, open communication between stakeholders ensured that individuals understood the necessity of any temporary imbalance. IBM’s greatest chief executive officers initiated and controlled these discussions.

IBM’s true strength has always been in its investment community of man—consumer man, employee man, investor man and the society of man. These men and women stood guard on the battlements overlooking the corporation’s castle walls and moats: competitors beware!

​Mr. Buffett should update his analogy, and probably—after reading this article—realize that . . .

​That was his mistake.
IBM Needs to Inspire Enthusiasm, Engagement, and Passion in its Stakeholders
IBM has lost, not just the enthusiasm of its employees, but the engagement and passion of its customers and shareholders. To find prosperity in its second century, IBM will need a new leader who will execute a business-first strategy that returns value to all the corporation’s stakeholders. If anyone needed a proof point that shareholders are disillusioned with IBM, Warren Buffett's experience should be proof enough.

How long will it take for analysts to realize that the same condition has existed for two decades for its employees?

Warren should have started there.