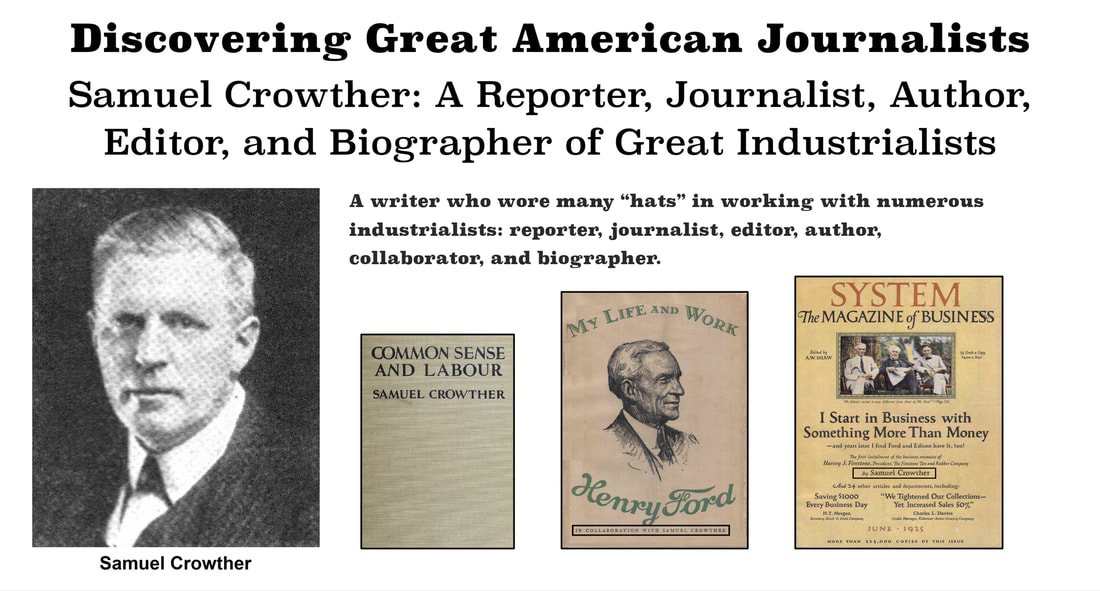 Samuel Crowther: ​Discovering Great American Journalists
A Short Introduction to Samuel Crowther
Samuel Crowther was a reporter, writer, biographer and editor to many of the countries greatest industrialists. His work at System, The Magazine of Business gave him access to the top corporate and political leaders of his day. He is probably one of the most unsung commentators on the leadership of the 20th Century Industrial America.

Using his knowledge, he also wrote and published a multitude of books of his own. Here is as complete a list as I have seen of his works [from the 1945 version of "Time to Inquire"].

Samuel Crowther's works include the following:
I wish he would have written an autobiography similar to Ida Tarbell's All in the Day's Work. He would have had some wonderful tales to tell of the leaders of 20th Century Corporate America.

Few journalists match his breadth of access to power in the corporation's of his day.
Return to the journalists Bibliography Home Page