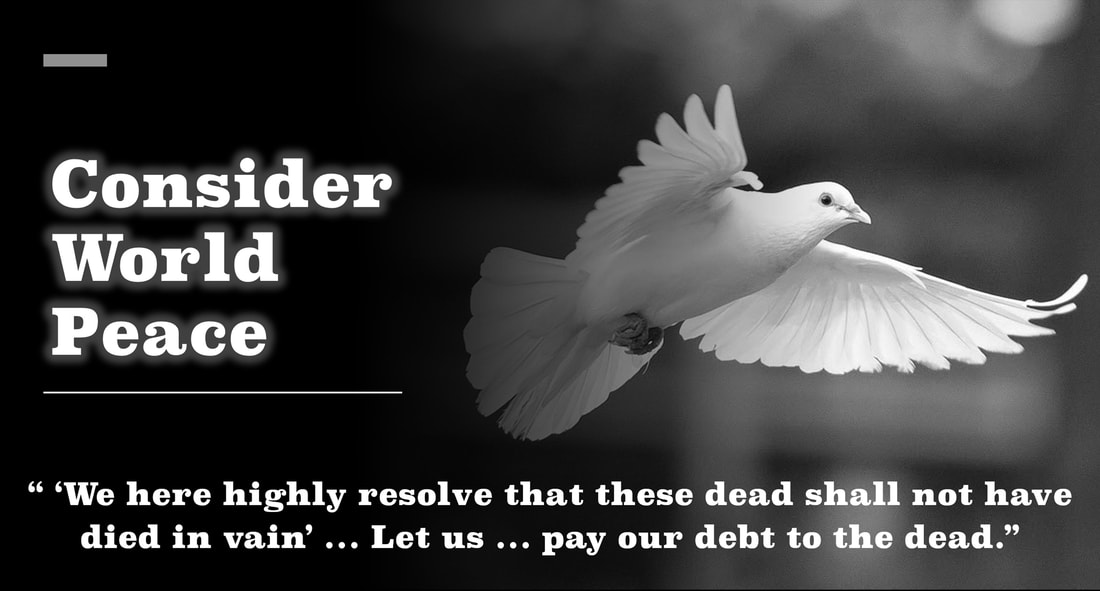 Considering World Peace
Thomas J. Watson Sr., THINK Magazine, February 1939
Twenty-five years ago there began a World War [World War I] in which some 23,000,000 men lost their lives and a like number of human beings were maimed or injured. The cost in money of that war to date has been more than 337,000,000,000 dollars. What if the nations of the world had foregathered to appraise the disastrous results of that war before it started rather than after it ended! When the "war to end wars" was over that surely was the determination of civilized peoples everywhere. Like Lincoln their one thought was: "We hereby resolve that those who have died shall not have died in vain." Lincoln with his inspired words at Gettysburg on November 19, 1863 was not merely the voice of the people of a comparatively young republic; he was the voice of the world denouncing war.

Today these words of his are a clarion-call to the people of every nation. Did those millions of men who perished for civilization give their lives in vain? Are those millions who constitute the dreadful list of maimed and wounded to count for nothing in the world of tomorrow? Lincoln the Great Emancipator, Lincoln the great humanist gave us our answer.