IBM: The Next Iconic American Brand to Fail? 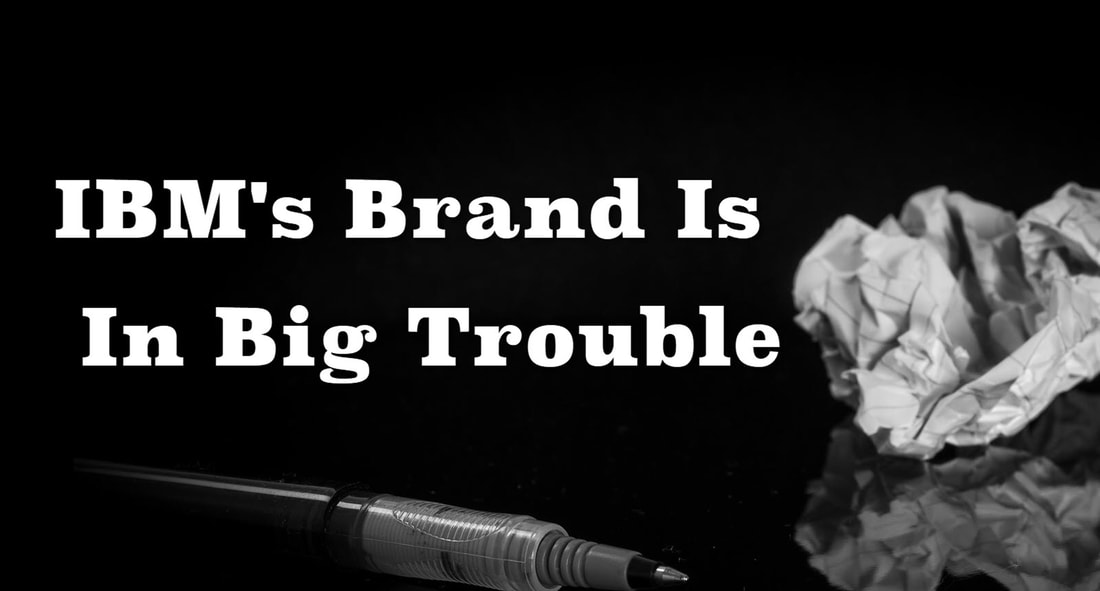 After the fall of Sears, Roebuck & Company, the iconic creation of Julius Rosenwald, one has to wonder, "Which of America's great brands will be next?" Will it be IBM?
​
​In the quite negative society we live in today, many believe that when I write about IBM I am just "going with the negative flow." Too many think that it is easy to write about IBM's problems. But after thirty years living its history and another ten years studying and writing about it, I understand what carried the corporation through difficult times—its people; and it is hard writing about its current problems because I still have many good friends there. These are fantastic individuals who would be excellent employees anywhere.
​
These individuals care about their fellow employees and they, and those like them, are the ones holding the corporation together. ​This article is in their honor.

- Peter E.
Will IBM Be the Next American Brand to Fail?
IBM's True Heroes Haven't Given Up
When individuals of greatness leave IBM and write about what they will miss at IBM, they rarely, if ever, write that they will miss IBM's executive leadership. They write—with great emotion—about their peers who have fought the good fight with them.
​Many leave because they no longer agree with IBM's business and human resource practices.

​Too many are leaving because they are tired of living in fear of them.
Executive Policies Are Undermining IBM's Heroes
What is happening at IBM is a deterioration of its overall brand: not just with its employees but with its customers, shareholders, and their shared societies. This is happening at the macro-level, which is to say it is a problem caused over the last two decades by the corner office, their direct reports, and their financial policies that are failing all of IBM's stakeholders.

I have been writing about the corporation's horrendous human relations practices since my retirement in 2011. I have written how its financial autocracy and acquisition strategy were causing its product quality and competitiveness to decline. I have written how the company has displaced turn-around leadership with jettison-now management.

​I have written how IBM's leadership makes decisions that are legal but violate ethical sensibilities.
The result of this poor leadership is reflected in this chart: a two-decade-long, 54% drop in sales productivity. In 2021, instead of generating $57 billion in revenue:

​If IBM had maintained its 1999 employee engagement, IBM could have generated—instead of $5.5 billion in profits—$12.6 billion.
In 2021, instead of generating $5.7 billion in net income:

It appears that workload rebalancing has run its course propping up profits. Unfortunately, when IBM's products are ranked 769th out of 890 companies, they won't give profit productivity the lift it needs anytime soon.
Several more underlying causes of this productivity decline are captured in JUST Capital's underlying data.
​​ According to JUST Capital's Underlying Data, IBM's Brand Is in Trouble
JUST Capital's 2019 data about IBM seems contradictory because of a disconnect between executive words and actions. Its data is third-party verification of the on-going effects of the poor human relations practices this author has been documenting for the last decade. IBM's brand markets itself on paper but the reality for shareholders, employees, customers, and their supportive societies stands in stark contrast to the marketing hype.

IBM's top executives no longer think clear, strategic thoughts, or make good, long-term, business-first, investment decisions. They have lost their ability to relate to others—especially their employees. As the following data shows, their words project one identity outward to the public, and their actions impose a different reality on those closest to the company. Studying the following 2019–21 data, a psychologist would probably diagnose the corporation as schizophrenic with a dissociative identity disorder.
In 2019, Just Capital published some very startling data on IBM. For those that haven't worked at Big Blue, the "startling" was not in the headline. It was just another top-ten ranking for the corporation: the #5 "Most Just Corporation in the World." [which fell to #11 in 2021 and fell further to #19 in 2022.] The unexpected for these individuals would be in the data underlying the headlines that most do not have the time to analyze. IBM should be called out for its many failures revealed in the following 2019 data which is annotated in red with insights from JUST Capital's 2021 report.

​Kudos to JUST Capital for making the micro-data available so this research could be performed.
​ 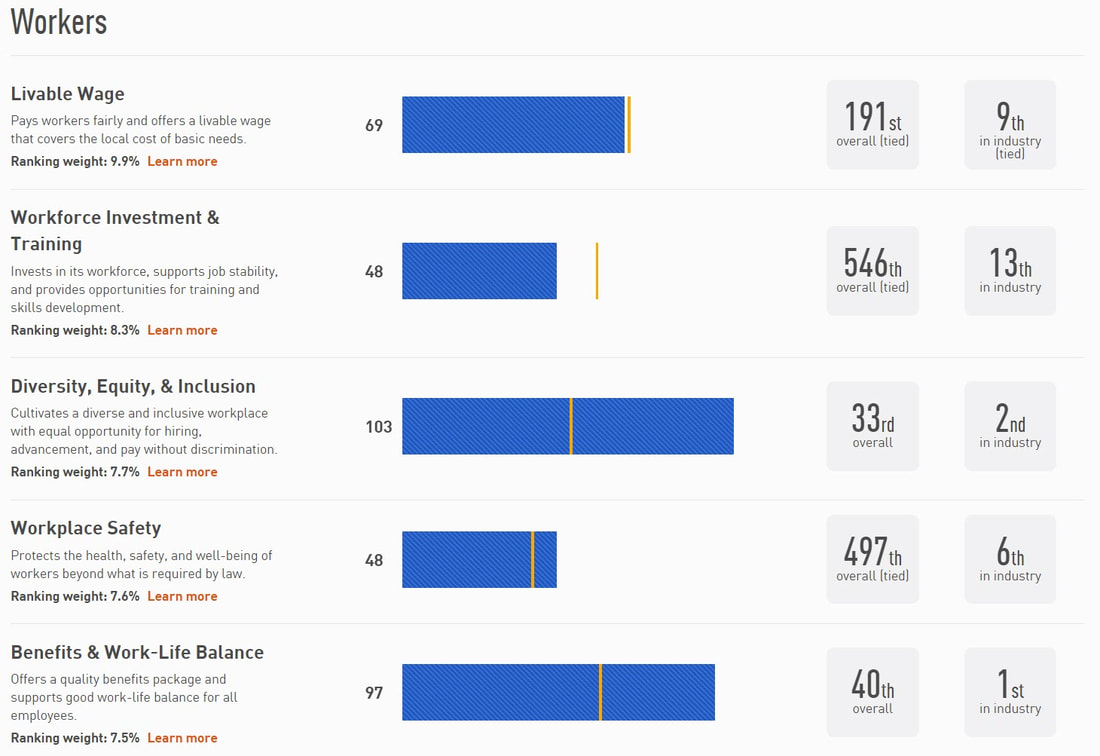 Removed "Pays CEO reasonably compared to its workers and based on the company financial performance." This issue was removed because focus group participants told us what constitutes "reasonable" will vary depending on the individual company and job level, and that it is difficult to objectively render a judgment.

There are many more data points, but let's stop here. The underlying data, to anyone that is concerned about the corporation, should be eye opening.
IBM's Overall Brand Image Is at Stake
In 2014, as a Seeking Alpha contributor, I gave Virginia M. Rometty the benefit of the doubt. I probably shouldn't have, but it seems that every chief executive should have time to make a business their own. Was three years enough time? Some thought so. Although she didn't invent the business and human resource practices she inherited, she condoned and continued them rather than reversing them. Louis V. Gerstner initiated them, and Samuel J. Palmisano only took Lou's practices to their logical extreme. The 2019 JUST Capital report documented Ginni's final result: IBM was 144th for prioritizing "ethical leadership" and "value creation."
REturn to IBM's 21st Century Corporate Performance