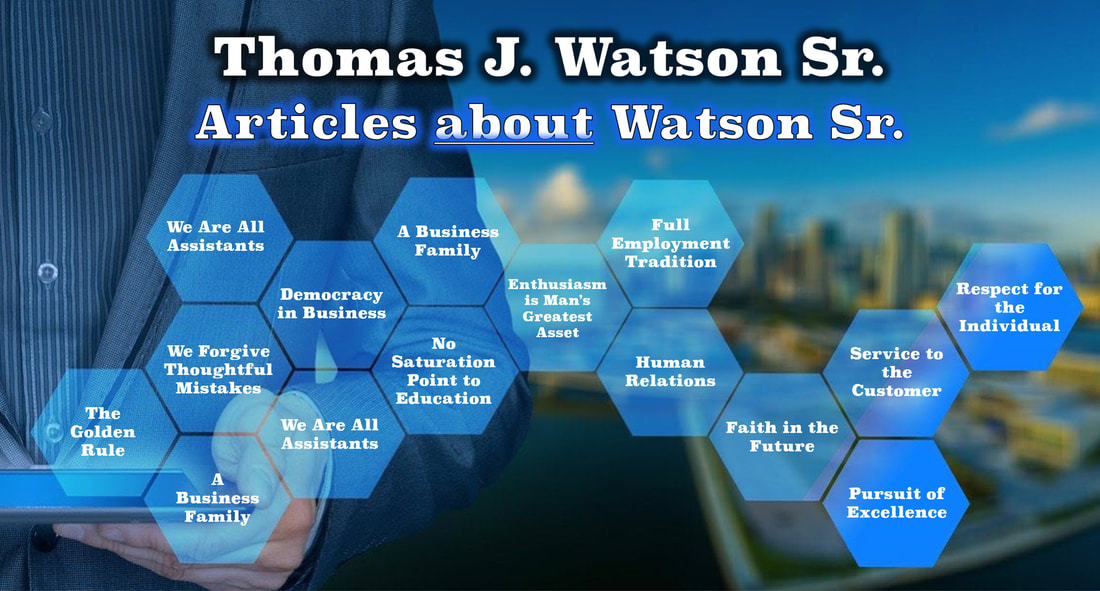 The Thousand-Dollar-A-Day Man
Tom Watson: The Thousand-Dollar-A-Day Man​​
For example, a business section headline of the New York Post on May 6, 1936, read, “Watson’s Pay of $303,813 Tops ’35 List.” Less than thirty days later, the headline of the same paper read, “Sloan Highest Paid Executive with $374,505.” The final 1935 winner was actually William Randolph Hearst at $500,000.
In April 1942, Watson asked the board of directors to modify his employment contract. Refusing to profit personally from the manufacture of war munitions, he reduced his profit-sharing compensation from 5% to 2.5%. He made the new contract retroactive to 1941. It was later determined that it was too difficult to determine the increase in general business attributable to the war, so he requested that his commissions not exceed that of 1939—a time when the company had no war business. This is easily visualized in the chart below.

​Reading newspapers of the time, it appears that Watson Sr.’s salary was more fodder for letters to the editor than it was the subject matter of serious editorials.
​
It is also interesting that after the ups and downs of his salary over twenty-two years Watson’s earnings (including commissions) in 1951 were down 10% while IBM’s revenue was up by more than 1,500%. One has to wonder if authors who poke fun at Watson Sr.’s earnings would be satisfied with their salary if it remained flat for seventeen years and, when commissions were considered, decreased over two decades.

Because of the war-time tax increases, a gross salary wasn't always what it seemed as proven by this analysis done in the Binghamton Press of two of its leading citizens: George F. Johnson (Endicott-Johnson) and Thomas J. Watson (IBM). 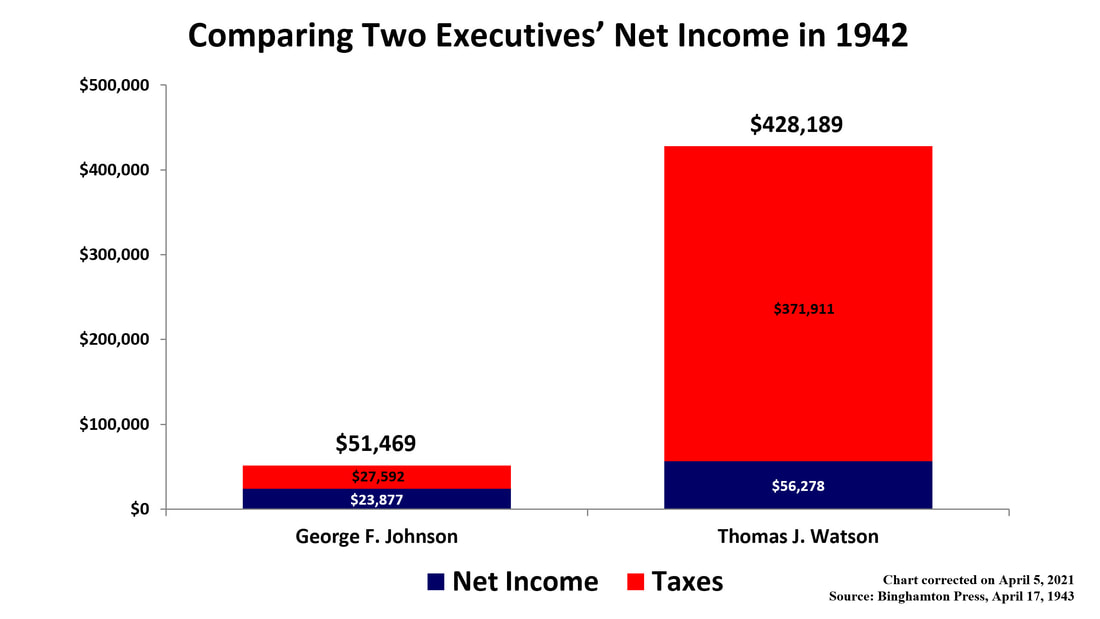 This chart shows that the chief executives in 1936 when their salaries were being analyzed were actually spending half to three-quarters of each day working for the government.

It does seem like there is always "more to the story," doesn't it?