Even A Blind Squirrel Finds the Occasional Nut 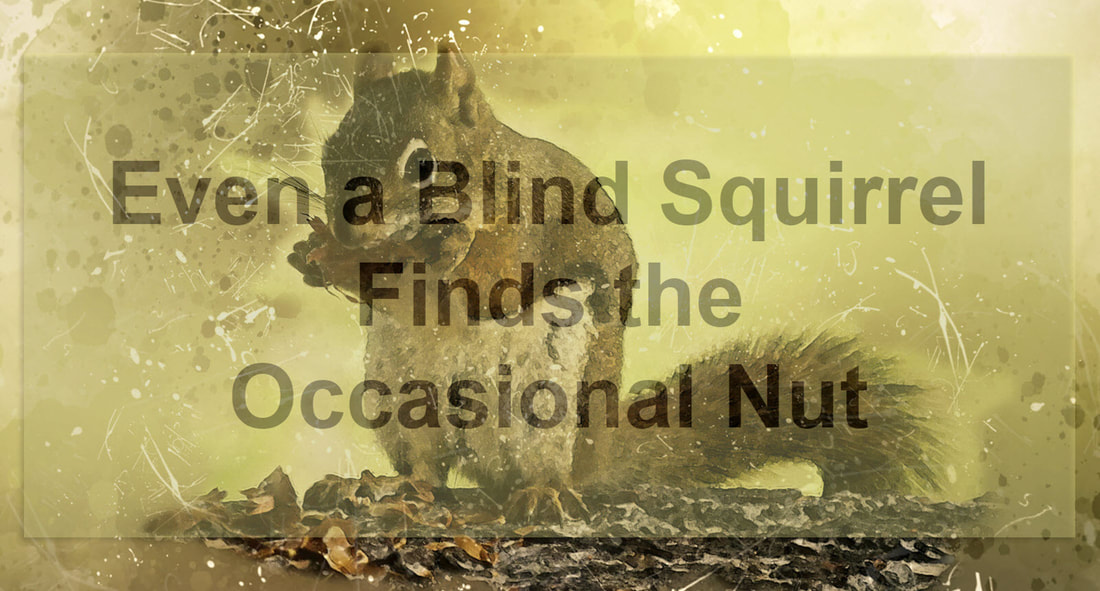 Heck, even a blind squirrel finds the occasional nut. This was an old IBM sales representative saying which is so true in analyzing the revenue performance of the 21st Century IBM.

​When it comes to IBM, always wait for the full-year revenue results.

Even then, wait a little longer.
Even a Blind Squirrel Finds the Occasional Nut
Too Many "Years" of Declining Revenue
IBM continues to announce quarter after quarter of declining revenues with the occasional quarterly gain. Unfortunately a quarterly gain means little with the yearly revenue returns that IBM has achieved from 2011 through 2021: Revenues have declined by $50 billion.

​Whenever IBM breaks its string of quarterly revenue declines, it is reminiscent of what IBM salesmen would tell a rookie after they closed their first deal and started strutting around the office like they were hot stuff. After letting the salesman or saleswoman enjoy the moment, one of the thirty-plus-year IBM reps would tap the salesperson on the shoulder and say, “Enough son, even a blind squirrel finds the occasional nut. You need to go out there and do it again and again for the next thirty years to maintain a career with this company.”

IBM, though, is a blind squirrel that has only been able to find the occasional year-over-year revenue nut because of two decades of misplaced investment dollars and abysmal human relations practices.

Yes, that is a picture of a squirrel over IBM's 2018 results.

Sales Productivity Is Horrendous
​It is a corner office, sales-leadership problem because customer revenue is really, really hard to financially engineer.

It takes an entire corporation working together as one to drive revenue productively.
Shareholder Returns Are Suffering
To wake up the long-term shareholders, it is necessary to be brutally honest and hit them right where it hurts: in their long-term returns. It can be shown "In One Chart" that IBM is on the wrong path. IBM’s first three, twenty-first-century chief executive officers invested $176 billion dollars since 1999 in their own stock (paper) and have returned less value than an equivalent investment in lower-risk index funds that track either the Dow Jones Industrial Average (DJIA) or large-company stocks. [See Footnote #1]

All stakeholders should be wondering if IBM spent this $176,000,000,000 of the shareholders’ money wisely. IBM’s history reflects that instead of investing in paper the corporation’s executives should have invested in business-first: making people more productive, processes for effective, and products more valuable [Read "Do Stock Buybacks Work?"].
What is Wrong at IBM?
It is not a corporation's goal of shareholder maximization that is wrong, but how a business attempts to maximize that value. A study of IBM’s successes and failures at maximizing shareholder value reveals an almost non-intuitive truth: the path to maximize shareholder value is a two-way road that must be shared between a stakeholder community of customers, employees, and shareholders who maintain supportive economic and political societies that allow a business to maximize its profits.
[Footnote #1]: Virginia M. Rometty left $2 billion dollars in approved share buybacks (repurchases) unspent. Arvind has as yet to make any statements on restarting the share buybacks, but they are already approved by the board of directors and could be easily resumed.
REturn to IBM's 21st Century Corporate Performance