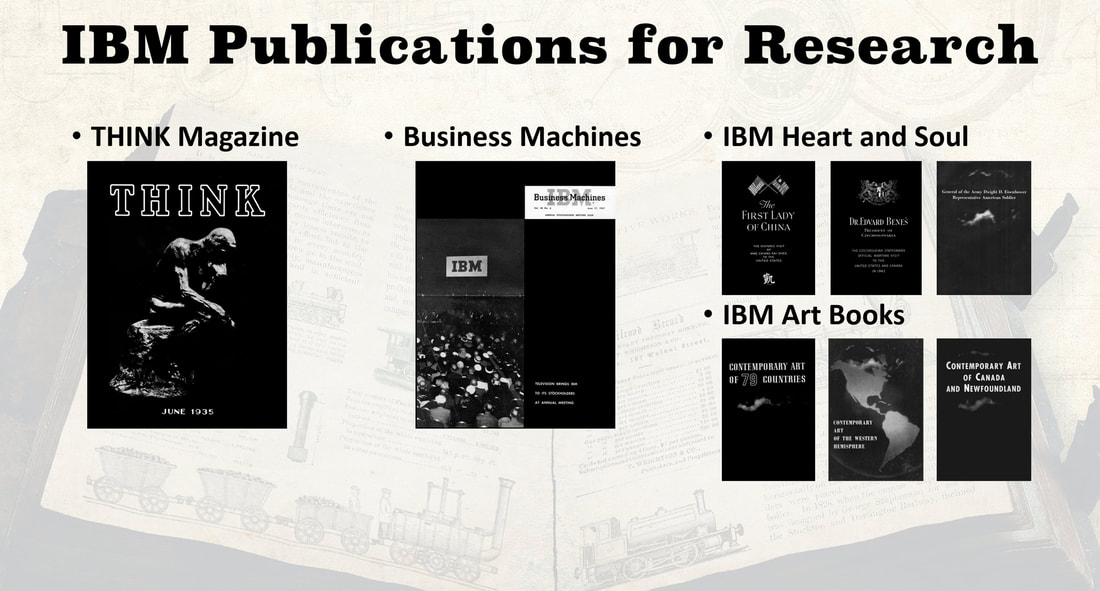 IBM's presses, beyond the usual technical manuals, seemed to run 24 hours a day.  Most individuals are aware of the iconic THINK Magazine that started in June 1935 and ran until 1999. The THINKER by Rodin graced the cover of the first three issues, but in September, he was replaced with a set of faint, wispy clouds. There must be a story in that change somewhere - evidently lost in the sands of time.

​Few IBMers are aware, though, that IBM also had a weekly newspaper called Business Machines in the 30's, 40's and early 50's (called a "house organ") that evolved into an internal, monthly magazine similar to THINK after Watson Sr.'s death. These two magazines ran side-by-side until they were merged in January 1971 into the lone, internal-only THINK magazine most older IBMers remember today.
​
Besides these magazines, Watson Sr. during his time published many standalone booklets on art and sculpture to honor and support the world's artists, publications dedicated to those that made the supreme sacrifice from the Poughkeepsie and Endicott plant sites during World War II, and books honoring individuals such as Dwight D. Eisenhower on his triumphant return from Europe, Madam Chiang Kai-shek as The First Lady of China, and Dr. Edvard Benes the President of Czechoslovakia (now the Czech Republic).
IBM Publications Research
Return to the "IBM Research and Bibliography Overview" home page