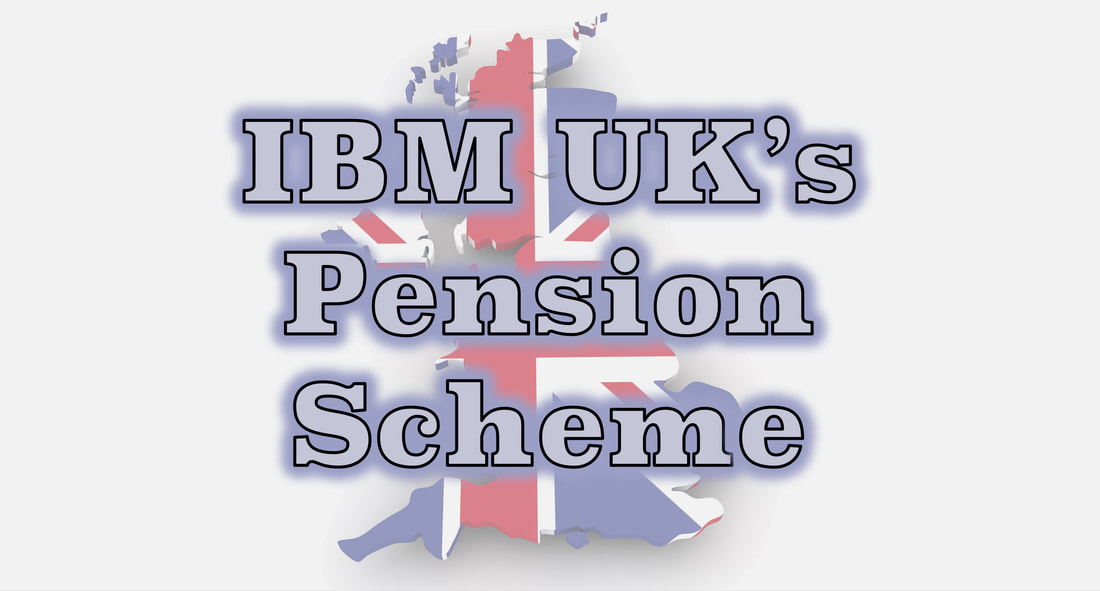 In the years since the freeze [the United States pension plan freeze in 2008] was announced, the gains from curtailing benefits have added nearly $3 billion to IBM's Income.

Ellen E. Schultz, "Retirement Heist: How Companies Plunder and Profit from the Nest Eggs of American Workers"
Since it worked so well in the United States, IBM took the strategy to the United Kingdom. Unfortunately, IBM’s twenty-first-century strategic decisions have been focused, for more than two decades, on maximizing the saving of a short-term, tangible penny at the expense of long-term, intangible, productivity dollars.

The U.S. meaning of "scheme" is probably correct as applied to all IBM's pension changes since 1995:
IBM Won a Battle in Britain [and the US] but It Is Losing the Productivity War
​IBM's Battle of Britain is Symptomatic of Its Worldwide Dilemma​
On August 4th, 2017, The Register published an article entitled, "UK IBMers lose crucial battle in pension row." This is a similar situation to what the U.S employees experienced with the conversion of their defined benefit pension plan to a cash balance plan. In 1999, IBM's executive leadership field tested cutting pensions in the United States. The U.S. justice system gave them what they wanted—a bye.

​They fine-tuned the plan and rolled it out in the United Kingdom in 2009—and now, another bye from the UK justice system. IBM has used the same logic to shutter the UK pension scheme that they used to close the U.S. pension plan: competitiveness and to "achieve sustainable progress against its productivity objective."
​
Unfortunately, IBM's 21st Century leadership doesn't understand how to produce a productive employee. In fact, they have created just the opposite: a work environment that is so toxic that even the best-of-the-best hold their noses as they head off to work. Because of this, IBM is suffering from a worldwide, two-decade-long, non-union-driven, work slowdown.

What IBM is experiencing is just the natural result of human beings responding to their corporation's "shareholder-first and -foremost" or "me-first and -only" human resource practices. IBM's current leadership has proven that they can only produce profits through financial engineering: (1) workforce rebalancing and (2) aggressive bookkeeping such as pension plan changes, 401(k) retirement changes, and severance pay reductions.

​The former of which may have reached its all-to-predictable end in the production of profits in 2013.

It doesn't take much imagination to visualize where IBM's profitability would have been without the $3 billion added to its bottom line from its U.S. pension plan starting in 2008 and probably an equivalent amount from the U.K. pension scheme starting in 2009.

​​The corporation finds itself in the same situation it did in 1914 when Watson Sr. declared, "There is little enthusiasm." A saying of Abraham Lincoln also comes to mind: "a house divided against itself."
​
​There is a way back, but it will require a new leader that first, believes productivity is important and second, understands how to inspire and maintain employee enthusiasm, engagement and passion: the hallmarks of a productive employee.

So far Arvind Krishna has not been the man.