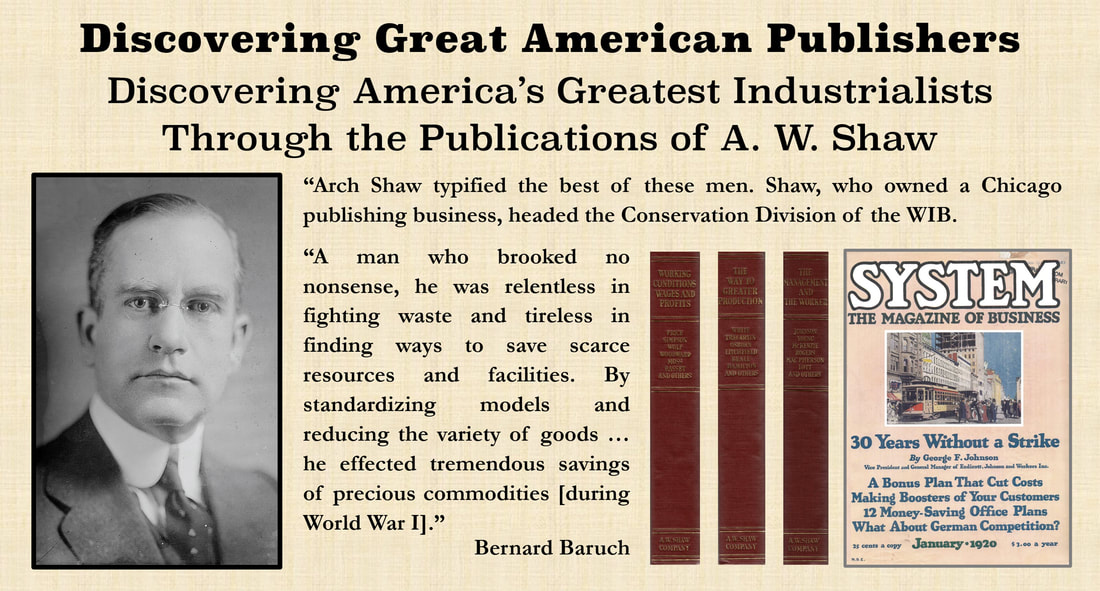 ​Only to 21st Century ears, as many of the 20th Century industrialists worked to grow their industries as a whole and, for lack of a better description, they believed that an incoming tide raises all boats. They wanted their industries to succeed and worked together to raise their individual boat along with all the others in their industry and country as a whole.

To A. W. Shaw, everyone was a student—and everyone a teacher, in this new system of "capitalism."
Peter E. Greulich
Magazine Publications of A. W. Shaw
A. W. Shaw Published Three Magazines with a Purpose
From inside the dust cover of the book "The Way to Greater Production," the following overview describes three of A. W. Shaw's  publications and their very targeted audiences, themes and purposes: (1) "System, the Magazine of Business," (2) "Factory, the Magazine of Management," and (3) "System on the Farm." 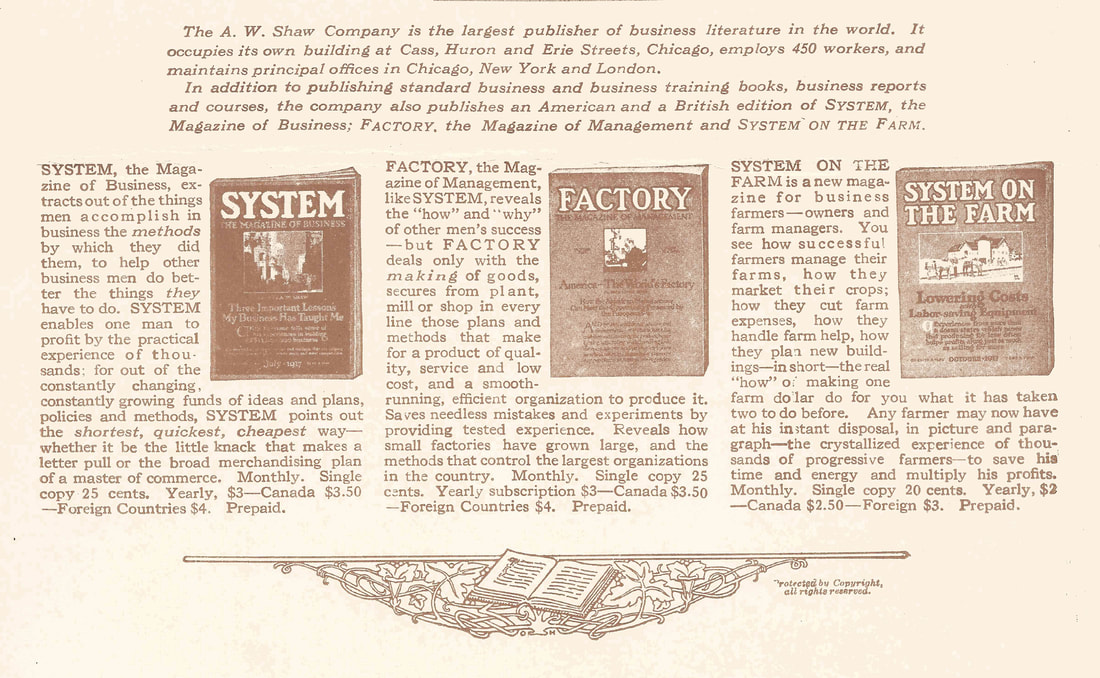 System: The Magazine of Business

​​"Arch Shaw typified the best of these men. Shaw, who owned a Chicago publishing business, headed the Conservation Division of the WIB. A man who brooked no nonsense, he was relentless in fighting waste and tireless in finding ways to save scarce resources and facilities. By standardizing models and reducing the variety of goods that had no other purpose than to satisfy fashion whims, he effected tremendous savings of precious commodities."

Bernard M. Baruch, The Public Years
Book Publications of A. W. Shaw
1917: "Handling Men"
"The proverbial reluctance to allow those to enter the water whom we would have swim has given short measure to many a success."

1920: The Companion Series
The relations between employers and employees are today so practical, the points ordinarily at issue between them have been defined so often and so completely, and so much experience has accumulated in handling the problems, that the only satisfactory treatment today seems to be an analysis of methods actually being used and proving successful."

They want vigor used in the exercise of policies; and of course, above all, they insist on fairness in determining policies and in distributing the proceeds of industry.

''In reaching final conclusions on the most desirable arrangement of hours-of-work schedules, there must be taken into account not merely production, but also the question as to what schedule of hours will, in the long run, (1) best maintain the productive period of the worker's life, (2) help his self-development, (3) promote the welfare of the community, and generally (4) raise the standard of citizenship among industrial workers."