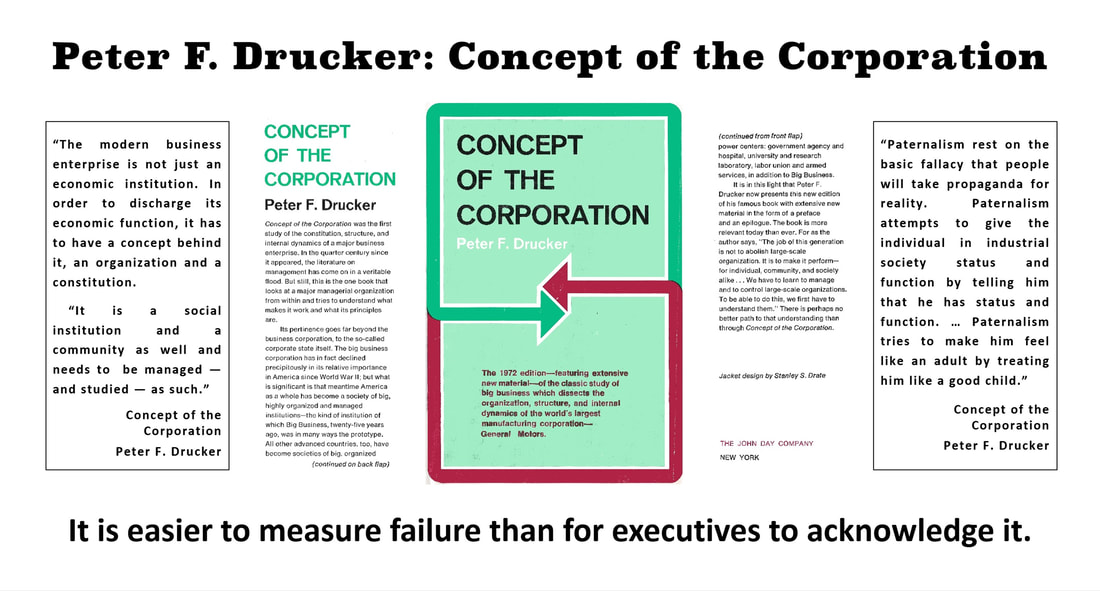 The Thoughts of Peter F. Ducker Put into Action by Thomas J. Watson Sr.
This website provides Peter F. Drucker's insights into management. It then aligns his thoughts with Thomas J. Watson Sr.'s business and management actions and practices. This site positions a "concept" put forward by the great management philosopher of his day and matches it with the "words and practices" of one of America's greatest industrialists: Tom Watson Sr.
​Peter F. Drucker interviewed Tom Watson on several occasions. ​He wrote the following of the traditional founder of IBM.

Thomas J. Watson Sr.—and this, I think, makes the man singularly interesting—was a  uniquely American type and one the Establishment has never understood throughout our history. He was possessed of a towering intellect but was totally non-intellectual. He belongs to the same type as Abraham Lincoln, who similarly offended the establishment of his day: the cosmopolitan, polished, learned Bostonians who considered themselves so superior to the yokel President in whose Cabinet they were forced to serve. …

This American type is totally native and owes nothing to Europe—which is one reason why the intellectuals of his time do not know what to do with him. Typically the men of this type have a gift for words, and Watson fully shared it. But they are not men of ideas. They are men of vision. What makes them important is that, like Watson, they act on their vision.

That he did so, made Watson one of the Americans of his generation who did make a difference.