DISCERNING READERS
This is the law: A tame goose never becomes wild, but a wild goose can certainly become tame. 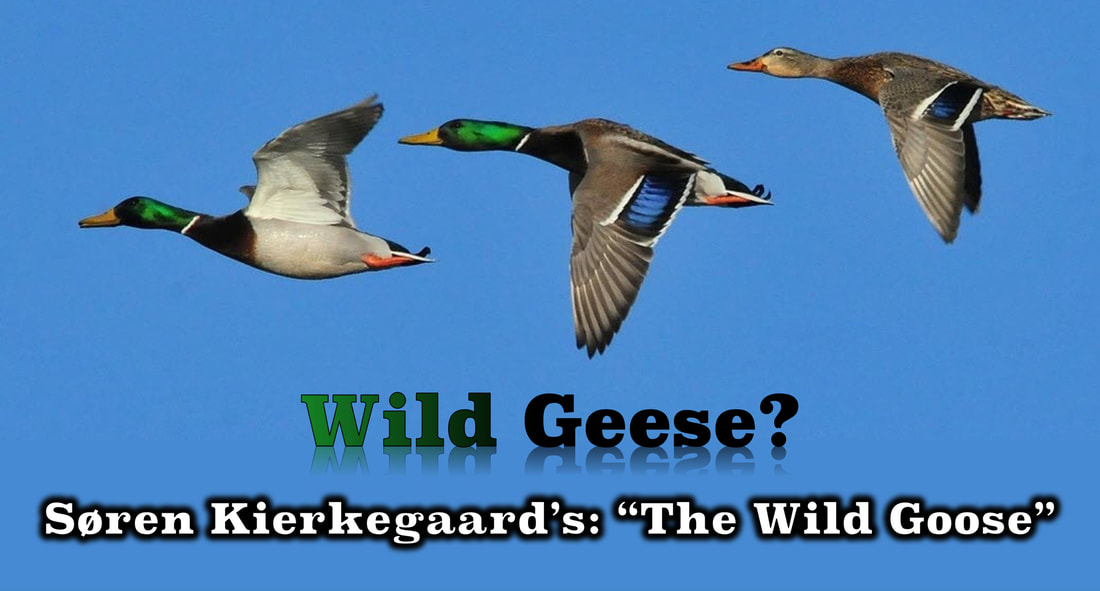 Watson Sr. and Watson Jr. both talked about Wild Ducks. Of course they summarized the story for their corporation, but for years I could never find Søren Kierkegaard's story. I began to wonder if it was a myth. I mean the "old man" was a pretty good story teller, so maybe he made it up. That was until I read Kierkegaard's story about "The Wild Goose." It seems somewhere in all the telling, the goose became a duck.
​
It is a moving story when read in its entirety. I believe the moral of the story goes beyond even what the Watson's intended for their 20th Century IBM. The last two lines—never used by either of the Watsons—now applies to the 21st Century IBM and its new leadership, as many of IBM's best Wild Ducks leave in migratory flight rather than lose themselves.
"The Wild Goose" by Søren Kierkegaard
​There was once a wild goose.
In the autumn, about the time for migration, it became aware of some tame geese. It became enamored by them, thought it a shame to fly away from them, and hoped to win them over so that they would decide to go along with it on the flight. To that end it became involved with them in every possible way. It tried to entice them to rise a little higher and then again a little higher in their flight, that they might, if possible, accompany it in the flight, saved from the wretched, mediocre life of waddling around on the earth as respectable, tame geese.
​
At first, the tame geese thought it very entertaining and liked the wild goose. But soon they became very tired of it, drove it away with sharp words, censured it as a visionary fool devoid of experience and wisdom. Alas, unfortunately the wild goose had become so involved with the tame geese that they had gradually gained power over it, their opinion meant something to it – and gradually the wild goose became a tame goose.

In a certain sense there was something admirable about what the wild goose wanted. Nevertheless, it was a mistake, for – this is the law – a tame goose never becomes wild, but a wild goose can certainly become tame.
Editor's note: The following two lines were omitted by Tom Watson Sr. and Jr. when they told the story, but these lines seem particularly applicable to the twenty-first century IBM.
If what the wild goose tried to do is to be commended in any way, then it must above all watch out for one thing—that it hold on to itself. As soon as it notices that the tame geese have any kind of power over it, then away, away in migratory flight.
Reprinted from www.bruderhof.com. Copyright 2002 by The Bruderhof Foundation, Inc., Used with permission.
Watson Sr.: The Original Wild Duck
Watson Jr. Discussing Wild Ducks and Compromise
​Protect that point beyond which you won't compromise. Stand up and be counted. It is even important at times to lay your job on the line to preserve your self-respect."
Roam Around the IBM Wild Duck Information with the Links Below
or [Return to the Wild Ducks Home Page]