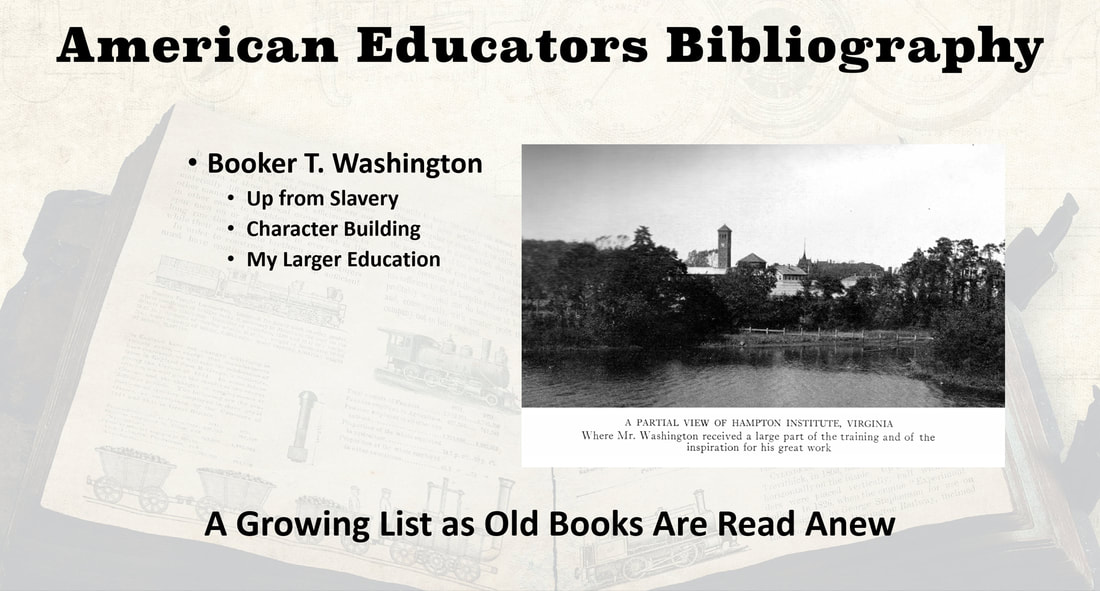 Educators Bibliography
These books were published at the turn of the 20th Century. I read Up From Slavery because Julius Rosenwald said it was one of two books that most affected his life. While I was pondering how to start off this review of one of America's classics that I had not read before, I saw an article entitled, "Be the design you want to see in the world." I thought to myself that this idea summarizes the goal of his books and the life of Booker T. Washington better than anything I would ever come up with.

He reveals himself to the ages through these two books.
Return to Bibliography Overview Home Page