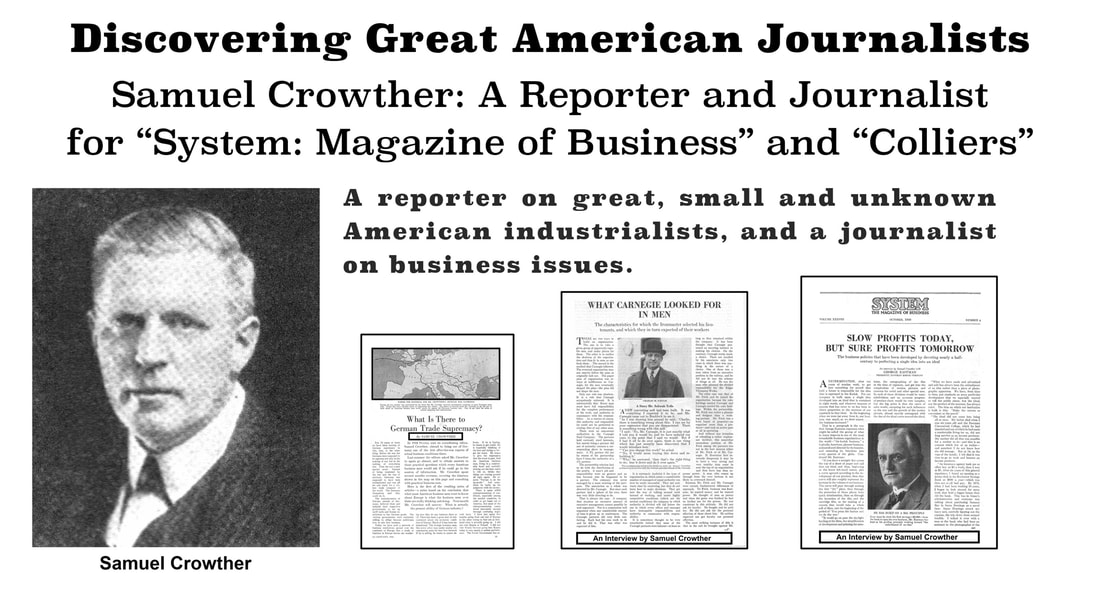 Samuel Crowther: Industrialists' Articles
This is a collection (one so far) of articles written by Samuel Crowther about leading industrialists of his day. Samuel Crowther, as a contributor to System: The Magazine of Business, gained access to many of America's greatest industrialists. He co-authored several books on the best-of-the-best such as A. B. Farquhar, John H. Patterson, Henry Ford and Harvey S. Firestone [here]. His articles also included many industrialists that have been all but forgotten. These are some of those industrialists, which maybe we should remember. ​Their character, accomplishments and drive have been preserved—if we care to remember.

​In order to understand why we are starting with one about two women in business, let's quote Ida M. Tarbell.

It's always a revolution, you know, when things occur of which you have never happened to hear!

Ida M. Tarbell, "The Ways of Woman"
Stop revolutions by spreading the word. So you heard it hear first: Women have been involved in and supremely capable of running businesses for a long, long time—and men cooperated with them to make those businesses successful.

​- Pete
This is a refreshing article - and a surprising one coming from 1918 - that bypasses gender and describes what it takes to succeed in business.
Return to the Samuel Crowther Home Page