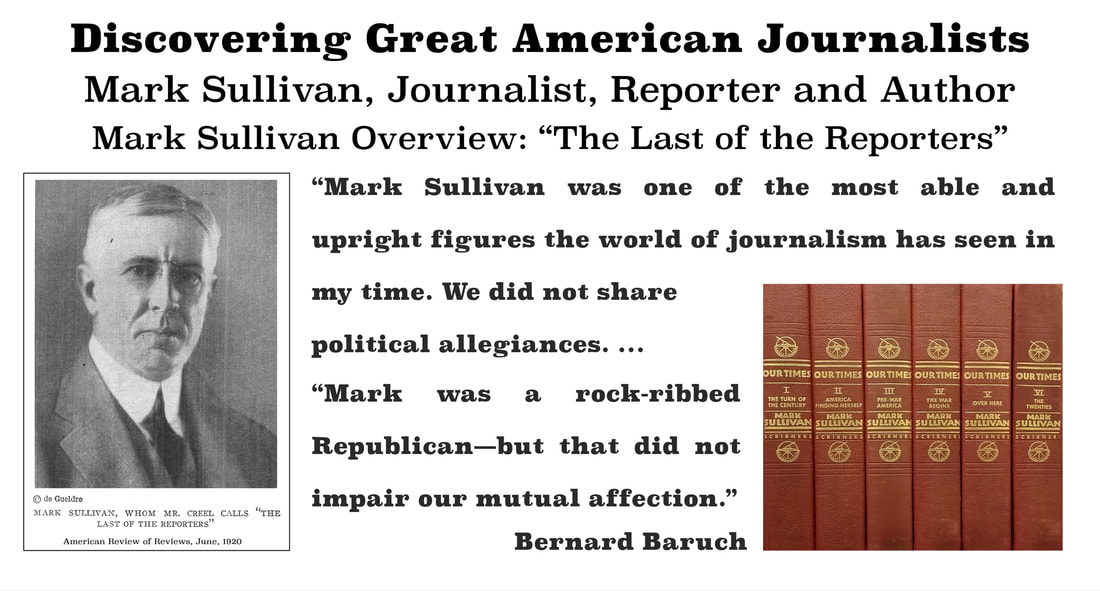 Who Was Mark Sullivan Par Excellence?
The Last of the Reporters
“Always an important function, it was never more so than today, when a thousand and one intricate problems of reconstruction, press for intelligent decision. Yet at the very time when good, honest reporting is virtually a necessity, the reporter elects to list himself among the missing. In his place we have Opinionists, men who have small interest in facts, choosing to deal entirely in Conclusions, Charges, Persuasions, and Cocksure Certitudes.

“So it is that only Mark Sullivan remains. First, last, and all the time, he is a reporter. Facts are his hobby. They draw him as anise seed does the hound. … The quality of persistence, the obsession of the pursuit, the iron exclusion of everything but the scent that is before him—these are essentials. The man who is trying to serve a cause or to save a friend has no business in the reporting game, for facts have a way of being brutal. Their development, regardless of the consequence in terms of personal hurt, is an important and necessary public service. …

“Another thing that stamps Sullivan as a reporter, setting him apart still farther from the writers, is unobtrusiveness. One can read his articles year in and year out without gaining the slightest idea as to the Sullivan personality. In the majority of writing today the high spot of color is the writer himself. He is more concerned in having you think about him than he is in having you think about his article. He meets you at the first paragraph, bows you in, follows you persistently from sentence to sentence, and at the end you have the feeling of having had a personally conducted tour.

“Sullivan never obtrudes himself. When you enter the front of his article he slips out the back. He lets nothing interfere with consideration of the facts that he has gathered for your information.”
Return to the journalists Bibliography Home Page