A Review of Andrew Carnegie's "The Empire of Business" 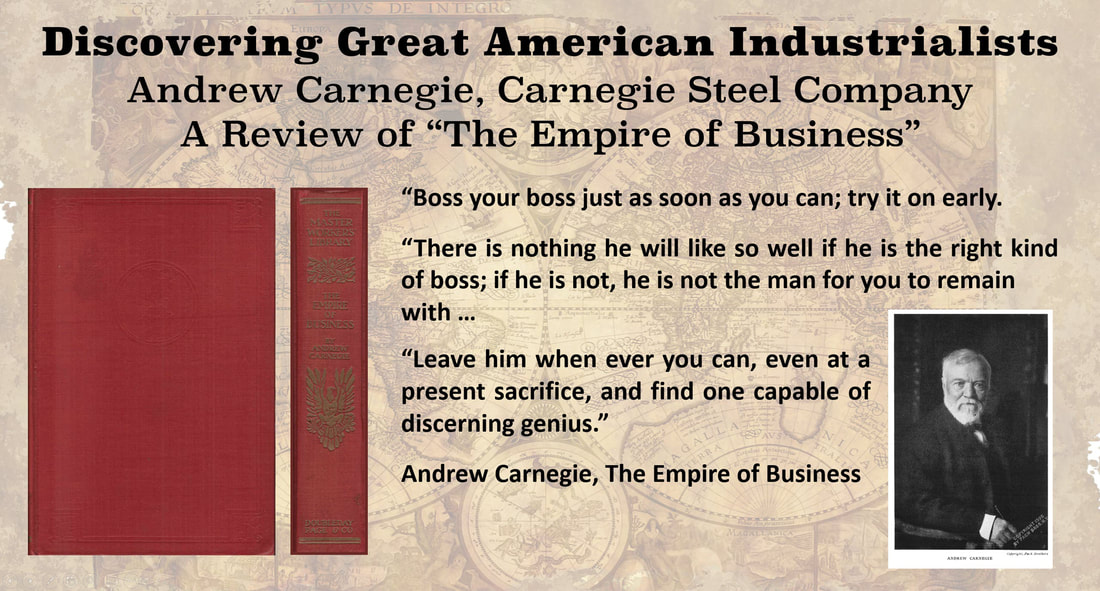 "Don't put all your eggs in one basket" is all wrong. I tell you "put all your eggs in one basket, and then watch that basket."​
Andrew Carnegie, The Empire of Business
A Review of "The Empire of Business" by Andrew Carnegie
Reviews of the Day
Excerpts from The Empire of Business​​
As with Henry Ford, quotes seem to be the best way to offer some insight into this book. Many of Carnegie's views I found very interesting as they were not what I expected. Especially some on taxation, inheritance taxation, and wealth.​​​
This Author's Opinion and Perspective
I really enjoyed this book, but a reader has to take into consideration the times when it was written as the tone is paternalistic, at times borders on condescending, and is preachy.

​Understanding that this was a man that fit the description of self-made and he was obviously taking on the socialist movement in the '20s, does offer some clues as to why the tone is so strong. Although a distraction, it did not get in my way. The message was still clear: Work is a requirement for success, and poverty doesn't need to get in the way of high achievement.

Carnegie felt poverty—which he himself experienced—was almost a prerequisite for success and definitely preferable to being born into wealth.