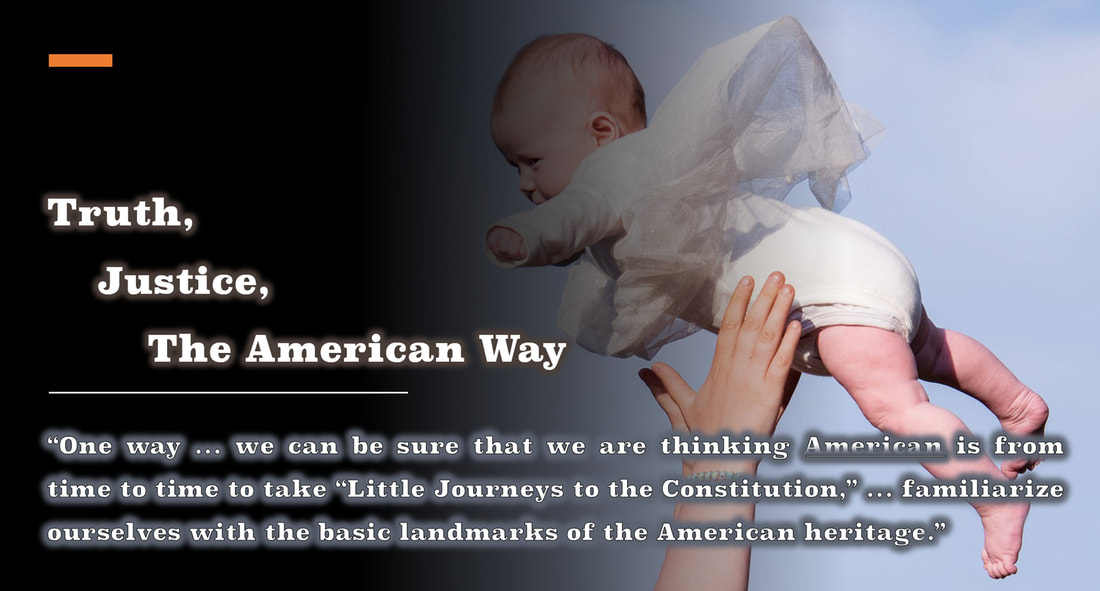 In 1947, the Honorable Alexander Wiley, U. S. Senator from Wisconsin, wrote this article about how to pursue the American Way in our personal lives. Today, when the internet puts everything at our fingertips, there are few excuses for not taking periodic trips to the United States Constitution as he suggests.

​Take your first journey at the bottom of this article: It is only one “click” away.
Honorable Alexander Wiley, U. S. Senator from Wisconsin
“Little Journeys to the Constitution”
A term that is frequently heard these days is: “Un-American.” How can you and I be sure that it should not at times be applied to us—that we ourselves are really thinking in the American way, living in the American way, actually being American in our personal lives?

The answer to that question is not as simple as it would appear to be. There is a tremendous amount of propaganda being circulated and discussed everywhere in our midst, and many of us, who are normally devoted completely to our American system of free enterprise and to all that belongs to our American heritage, may have been infected by it unconsciously. How can we be sure that our thinking and our actions have not been influenced in some way by this thinking which is expressed in doctrines of class, religious war, and national hatreds by those who proclaim that there is no more hope in our system of private property, no more frontiers of opportunity?
There is no single document, other than the Gospel itself, which merits more studious attention by the American people than the Constitution. There is nothing outdated about this miracle work which, since 1789, through 158 years of American life, has withstood the test of time. As we have progressed by hitherto inconceivable technological changes from a frontier civilization to an Atomic Age Civilization, our Constitution has given us one of the oldest single continuous governments on earth today.

We might recall what a great foreign observer said about the Constitution almost three-quarters of a century ago.

“The American Constitution is, so far as I can see, the most wonderful work ever struck off at a given time by the brain and purpose of man.”

We recall, too, the words of William Tyler Page in his statement of the American’s Creed, adopted by the House of Representatives on April 3, 1918:

“I ... believe it is my duty to my country to love it, to support its Constitution, to observe its laws, to respect its flag, and to defend it against all enemies.”

To think in the American Way, therefore, is to think Constitution-wise. This means to respect and admire the wisdom of the Founding Fathers, the men who conceived it, and the wisdom of the strong men who administered it and gave it life, of the brave men who fought for it, and the heroic men who died for it.

“The Constitution of the United States is the single refuge of every right that is enjoyed by an American citizen.”