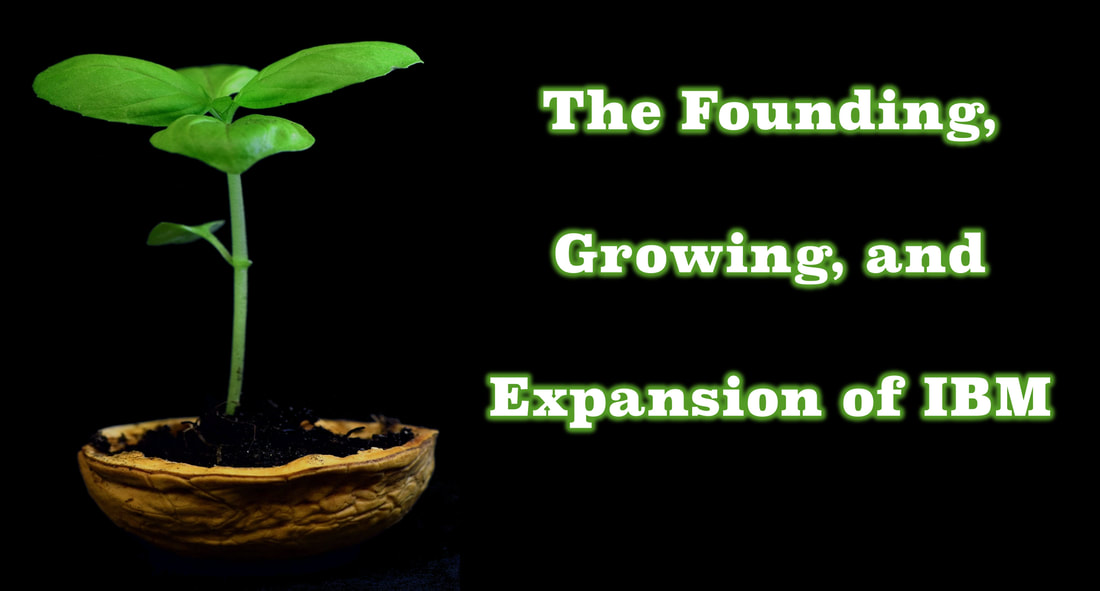 "With many of us the riddle of life is still to be solved. Those who traveled before us along the same roads have left footprints as they struggled, fell down, hoped, despaired or persevered. This ought to be of value to us as we journey in our confidence of being able to reach the goal we have in view. The biographies, examples and cherished rules that influenced the lives of our fathers are great helps for all of us."
John Wanamaker, "The Business Biography of John Wanamaker"
Watson Sr., the founder, left some big footprints as he struggled, fell down, hoped, and ultimately persevered. This enabled his son, the builder of "The IBM."

​Watson Jr. made IBM into the company his father had always envisioned.
Father and Son: A Founder and Builder Team
Thomas J. Watson Sr. Was the Foundation
Yet, history has forgotten that Watson Sr. only used THINK to stage an ACT. During the Great Depression he needed to increase the probability that action would follow thought. To encourage such actions he took a unique approach. On February 21, 1930, he told his executive team that “If a man thinks about his work—if he puts real thought into everything he does—he should be and will be forgiven for the mistakes he makes.”
Yes, THINK and ACT! During the Great Depression, Watson Sr. did not have the capital to invest in his culture. Instead, he invested his time; he maintained a constant focus; and he delivered a consistent, memorable and superlative message. But IBM would eventually reach a point beyond which it could not grow with the “old man” at the helm. It was not in this leader’s nature to delegate truly important decisions. ​
As the traditional founder of IBM, he found it impossible—like so many entrepreneurs—to completely let go. All major decisions of thought and action still flowed through his corner office.
Thomas J. Watson Jr. Grew and Expanded on the Foundation
To encourage independent thought, embolden individual action and enable decentralized decisions, he founded a guiding corporate constitution on three words: Respect for the Individual, Service to the Customer, and the Pursuit of Excellence. At the time, analysts, shareholders, employees and customers alike wondered if the son could fill the father’s shoes.

​He did. Consider these numbers.
In 1956, Tom Watson Jr. inherited a company that was famous for high pay, generous benefits, and an intense devotion “to Dad.” Internationally, corporate employment stood at 56,000, revenue at $700 million, and net income at $73 million.

​Under Watson Jr.’s watch, IBM became the corporation his father had always envisioned. Watson Jr. didn’t fill his father’s shoes, he manufactured a new pair that was more comfortable. He unleashed a power source that his father only partially tapped: the human potential.
Encourage people to THINK and ACT.  Forgive thoughtful mistakes. Embolden and decentralize action.

Allow others to find their own anchorage.