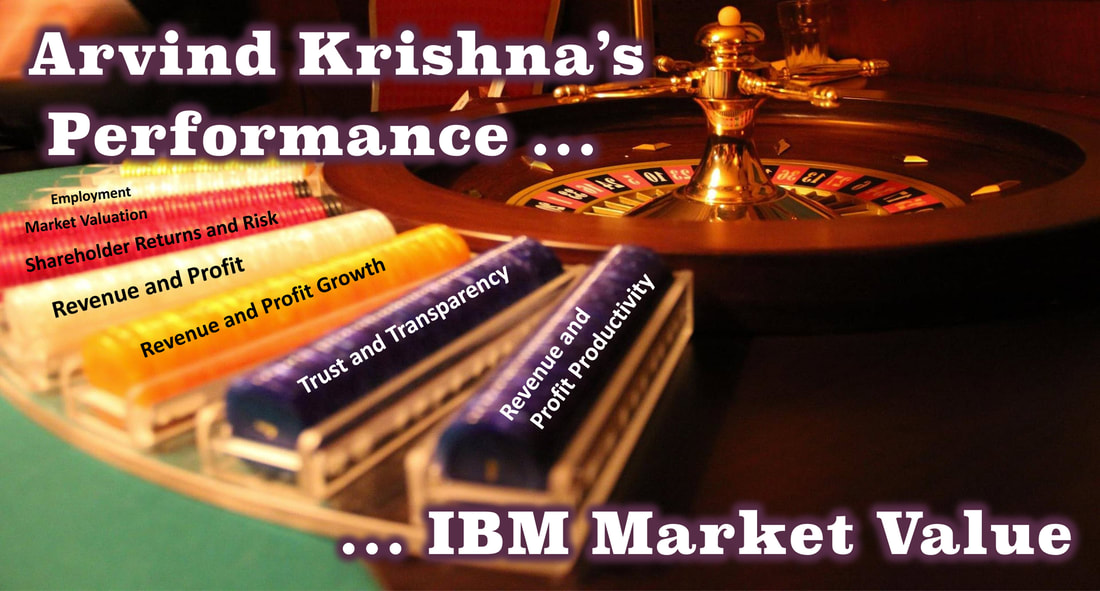 ​In fact, not a single penny for a long, long time.
Arvind Krishna's First-Year Market Value by the Numbers