DISCERNING READERS
War Bonds: An Obligation to Our Veterans 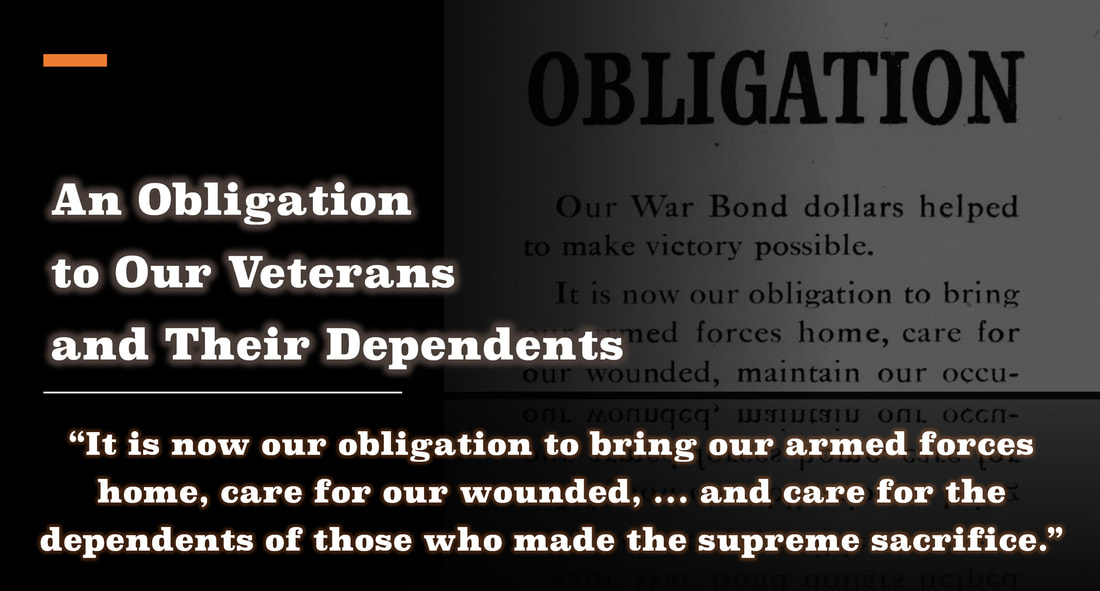 IBM National Advertising Supports Veterans, Dependents, and the United Nations
To assist the reader in understanding how critical the year 1945 was to the war effort and to set the context for these advertising efforts, a list of critical dates from World War II is included below the advertisements.
In addition, the corporation—to kick off the new year—made a rapid transition: It produced its first, post-war, nationwide, commercial, advertising campaign. If the full employment tradition was to be maintained, "somebody" had to sell "something." IBM"s marketing team did its part to support sales.
Reconversion was a post-World War II term used to discuss the "readjustment" of the economic system of capitalism and the political system of democracy from its wartime, government-funded economy back to a peacetime, consumer-driven economy. IBM's advertising team by the end of 1945 ran their first, post-war, nationwide, commercial advertisement: The IBM 1946 Electromatic Typewriter.

​They were putting into practice what they had learned from their years of advertising war bonds.
In September 1945, Dorothy Crew wrote—looking forward—that the , "biggest pent-up demand is for typewriters, which were out of civilian production for more than three years. Industry sources estimate that more than 2,000,000 new typewriters are needed, compared with a normal prewar annual volume of approximately 750,000." In May 1954, Bruce Bliven Jr. wrote—looking backward in The Wonderful Writing Machine—that during "the years 1946 to 1953, typewriters were scarce rather than abundant; one firm has not yet caught up with the backlog of orders that mounted during World War II." 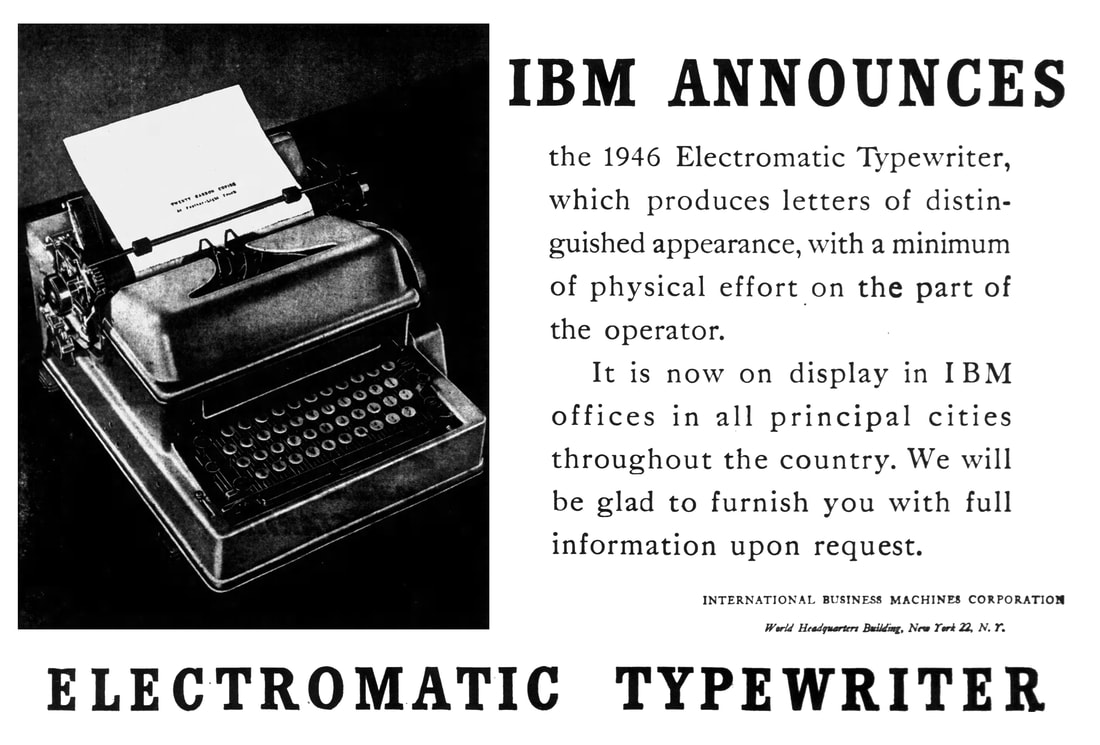 ​"Electromatic Typewriter" advertising ran nationwide. It ran December 27 through 31 in almost 500 U.S. newspapers. *
* The number of newspapers is a conservative estimate as these are papers which are carried on newspapers.com, and it is apparent that the advertisements took longer to appear in some papers (outside the dates listed) probably because of normal processing delays for such massive, nationwide campaigns.
Critical 1943 World War II Dates: (these may not appear properly on a mobile device)
In 1943 and 1944, IBM also ran a full-year set of advertisements to encourage the individual citizen to purchase war bonds to pay for the massive war effort and avoid burdening future generations with its costs. ​That information is here:
As always, if you or your family were in any way associated with these or other IBM World War II activities or have information you believe is valuable to understanding IBM and Thomas J. Watson Sr.'s contribution to the war effort, please contact us.
Return to the Thomas J. Watson Sr. History Home Page