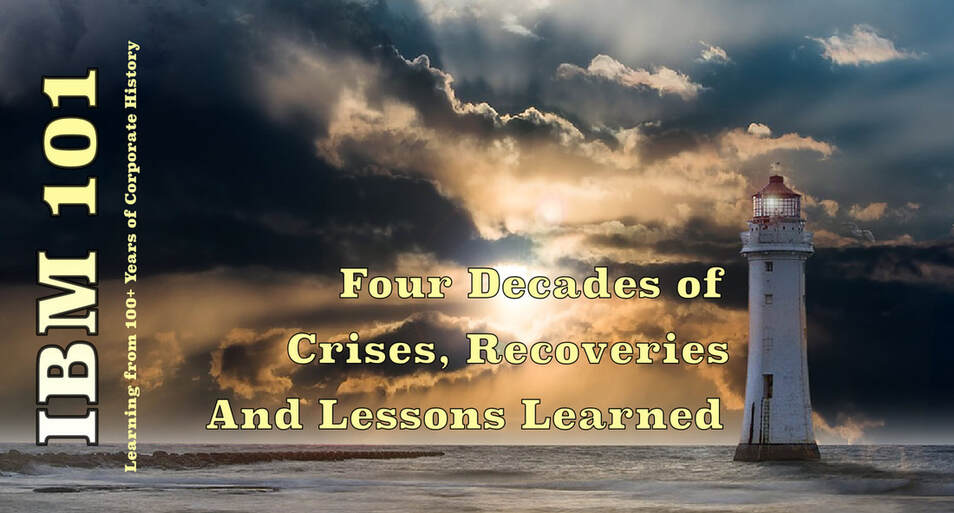 ​And during all this economic, social, and political turmoil, IBM advanced through forty-two years of unprecedented technological change: it divested coffee grinders, candy scales, and cheese and meat slicers, and invested in time devices and tabulating machines; it followed the expansion of electricity around the world and transitioned its warehouse inventory from hand-cranked, spring-driven, standalone, time-recording devices to electrically-powered, dispersed and synchronized, time- and security-recording devices; and it shifted investment dollars from products that landed on the customer’s front counter to higher-value machines filling their corporate back offices. ​​Even though it was slow to the market, IBM then strengthened its position in those back offices with the acquisition of electric typewriter technology.
An investment in 100 shares of IBM stock in 1914 when Tom Watson took charge would have cost approximately $2,750. In 1956, at the time of his death it would have become 5000 shares with a market value of $2.33 million (at $465 per share) and paid over $200,000 in dividends. This is a compound annual rate of return of 17.64 percent.

Tom Watsons’ learning process to achieve these results can be found in three major crises during his tenure as IBM’s traditional founder: The Crisis of 1914-15, The Crisis of 1920-21, and The Crisis of 1933-34 (the trough of the Great Depression).
Watson Sr.’s History of Crises, Recoveries, and Lessons Learned​
Tom Watson’s Crises and Recoveries​
When Watson Sr. walked through the doors of the Computing-Tabulating-Recording Company (C-T-R) in 1914, it was on the brink of failure. Over the objections of the shareholders, Watson and Flint stopped dividend payments and acquired funding to ensure the business survived. He immediately invested in new product development and addressed the morale of his employees.
​
Watson Sr. reminisced about this time at the 1929 One Hundred Percent Club:

" My mind went back to the first convention I held after I came into this business, fifteen years ago last May. We had very few men. We had very little enthusiasm, but what we did have … gave us a great start, and the other men fell in line."
​Next up was the Crisis of 1920-21. This was a lengthy eighteen-month recession and included the fifth-largest stock market decline in history. This economic storm caught most of America’s greatest industrialists by surprise.
He cut all wages, including his own salary, by 10%. His total income, because of its dependence on a profit-sharing formula, was reduced 40%. He laid off employees, with expensive skilled labor going first — only four of fifty in the development department survived — which slowed the production of any new technology including a printer needed by his customers. C-T-R entered the Roaring Twenties with a weak product line and 13% fewer employees which meant a reduced sales force was chasing fewer opportunities with old technology. Consequently, revenue per employee declined for four straight years instead of improving with the economy. Because of Watson Sr.’s mistakes, the rising economic tide did not lift his corporate boat like it should have.

In the 1931 One Hundred Percent Club he acknowledged his mistakes saying:
" I am ashamed of it. I am ashamed of that record because it was not necessary for us to show even the slight decrease in our profits that we did show in 1921. … We just didn't hang on to our courage and our belief in IBM and in IBM men. That was the only reason why in 1921 we fell behind."
MythBuster: IBM Was Firing on all Cylinders Before the Social Security Act
In January 1936, IBM announced that the corporation hit a historic “new high mark” in sales for the month. In March, Walter F. Titus, IBM Vice President announced that total sales in the first two months of the year were 54 percent higher than the previous year and 20 percent greater than any January and February in corporate history. In June 1936, Watson told the press that sales for the first five months were the highest for “any like period in its history” and were continuing at a “high level.” In July, IBM reported that it had achieved the “largest six months earnings in its history.” By mid-year 1936, IBM had overcome the effects of the Crash of 1929 which was its previous high sales point. [See Footnote #1]

Watson Sr.’s investments in people, products and processes were already paying high dividends before the federal government win. By then, those spare parts stored in the Endicott factories were long gone. The Social Security contract was icing on the cake. It was not crucial to IBM’s continued existence. Some authors have attributed this Social Security win to Tom Watson’s extraordinarily lucky “ability.” In this case, the business definition of luck does define this “ability” of Tom Watson: Luck is what happens when preparation meets opportunity.

These three top crises of Tom Watson’s career had prepared him and his corporation to exploit an amazing opportunity—of which, the Social Security Board was only one. Two decades of crises, recoveries and lessons learned were the foundation of IBM’s early 20th Century success.
Tom Watson’s Lessons Learned​
Tom Watson built a sustainable, cooperative stakeholder ecosystem. Every stakeholder, whether shareholder, employee, customer or their supportive societies understood the corporation was always in their corner and they were a team that looked out for each other’s best interests.
​
This was the essence of IBM’s early 20th Century brand and its major strength in surviving so many economic downturns, political interventions, and competitive battles.
[Footnote #1] The Great Depression was not a short term recession with only one long-term down and up. There were multiple fluctuations in business cycles during this time. Most likely it was during the later part of the Great Depression that Tom Watson was producing excess parts.

​This is what he told the Endicott employees in January 1940: "Business has now begun to improve very materially. December [1939] was the best month we ever had. Therefore, up to date, my predictions are working out in a way that makes me feel that there is no danger of our having to change our policy on the manufacturing of extra parts."
Return to Corporate 101 Articles Home Page