DISCERNING READERS
Our basic belief is respect for the individual, ​for his rights and dignity. 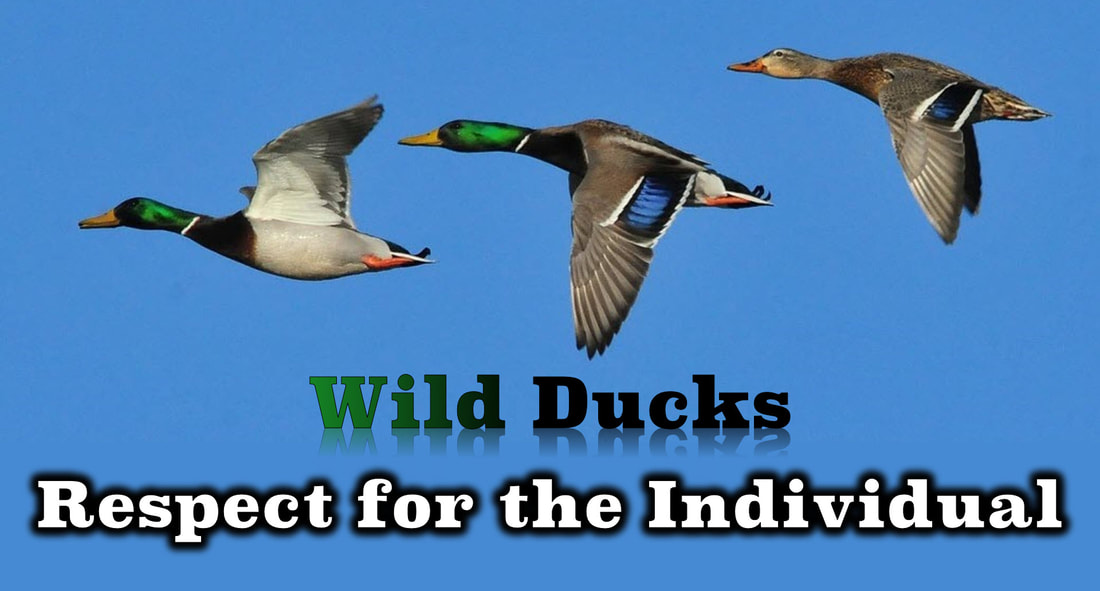 In today’s social media environment it seems appropriate that this article about “Respect for the Individual” should begin with the definition of respect: Respect /rə’spekt/ noun: A feeling of deep admiration for someone elicited by their abilities, qualities, or achievements, while giving due regard for the feelings, wishes, rights, or traditions of others.
Respect for the Individual: IBM's North Star 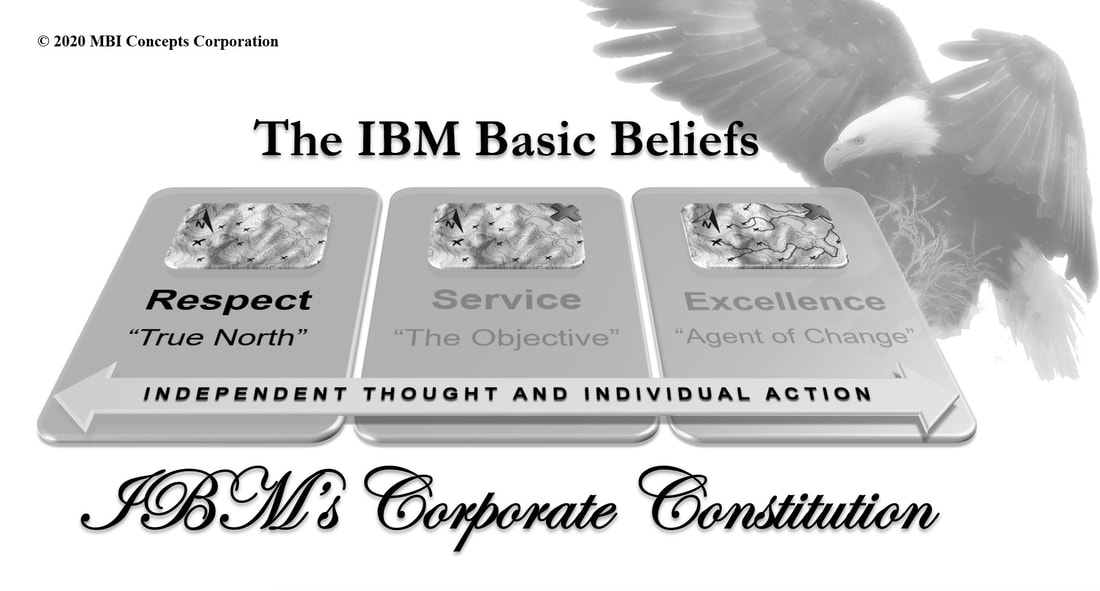 Respect, calms nerves in a room full of tension. Respect soothes objections but doesn’t suppress them. Respect extracts and encourages thoughtful engagement. This is why Respect for the Individual was the foundational belief. It tilled the soil of human nature so it could accept the corporation’s high-nitrogen, growth fertilizer: THINK!

Respect amplifies admiration, increases due regard for another’s feelings and traditions, and encourages engaged thoughtful discussion on even the hardest and most divisive of topics. There is little long-term hope for a corporation that doesn’t ensure every employee can have respectful conversations with their immediate manager on difficult topics like pay, promotion, individual reward for individual effort, and performance.

Respect is how a community of individuals maintain their bearing while constantly adjusting the means to attain a common goal.

Respect was IBM’s 20th Century North Star.
Respect: IBM’s Common, Unifying Denominator
​​​But before a conscientious individual went to such extremes, they oriented themselves with this belief, because it was the corporation’s immovable reference point.
​
Respect transcended color, creed, sex, national origin, and sexual orientation. Respect, though, was also about more than externals. It accepted each person’s inherent internal uniqueness in order to maintain harmony between all the individuals who made up the corporation. It meant accepting the different backgrounds, viewpoints, temperaments, and abilities of thousands of unique personalities.

Because of this, respect made it easier to acknowledge one’s personal strengths and weaknesses, and made it appropriate to discuss someone else’s gifts and shortcomings. Respect demanded a discussion of a poor performance to transform it into a good performance. It was also expected that anyone failing to live up to this standard would be fired: respect was sacrosanct, and it was an enforced condition of employment.
​
While some believe it is impossible to achieve respect between all individuals, IBMers constantly strived to attain it. This belief of Watson Jr.’s captured in one word the attitude that Watson Sr. expressed when he said, “We are just men—men standing together, shoulder to shoulder, all working for one common good; we have one common interest, and the good of each of us as individuals affects the greater good of the company.”

It may seem counterintuitive, but respect for the individual was designed to serve the greater good.
Respect and Individualism: A Supreme Balancing Act
​Every corporation has to be on the guard for extreme individualism without threatening the spirit of the individual. To put it mildly, it is a difficult balancing act. So, remain individualistic but be forever on the guard for its extreme. Respect is how a social community of individuals keeps its bearings while integrating “uniqueness” or “individuality” into a common push toward an agreed to goal.

​Sometimes respect means taking the edge off one’s own individuality.
Roam Around the IBM Wild Duck Information with the Links Below
or [Return to the Wild Ducks Home Page]