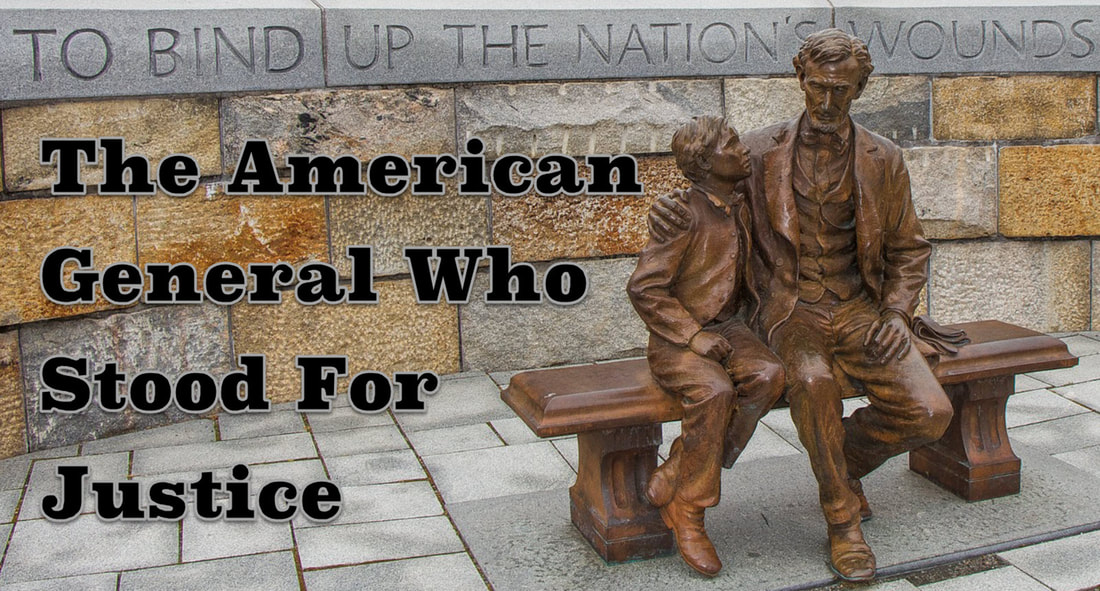 A. B. Farquhar was a mid-19th Century to early 20th Century American Industrialist. He knew Lincoln. He knew all the presidents thereafter until his death. He knew General Ulysses S. Grant. This is a modified excerpt from Mr. Farquhar’s book, An Autobiography of A. B. Farquhar.

[For clarity, Peter E. Greulich has added headings and subheadings, and summarized additional supporting material from An Autobiography of A. B. Farquhar surrounding this clash of president and general. If there is any misinterpretation of Mr. Farquhar’s original intent, it is this author’s sole responsibility.]
One General's Presidential Stand
When the Country Lost Lincoln it Lost its Direction
"​His new responsibilities did sober the President greatly, but in the beginning, he was intent on punishing the South when he should have been concerned with the betterment and reunification of the country. The war was fought to preserve the Union, yet too many members of Congress supported his early, divisive view. These were men who could not appreciate the larger view of a Lincoln.

"It seems almost a truism of war that noncombatants hate more violently than the combatants. High officers on both sides of the war seldom showed the slightest personal rancor toward each other. Lincoln had not a particle of it, and, of those I met, neither did his Cabinet. As for Grant, after Lee surrendered, one of Lee’s officers asked not-a-little-anxiously of the victorious General what would happen to his horse. Grant answered in a flash … almost indignant: "Take it with you, of course. I am not a horse thief." General Grant was a warrior who believed that a fight is a fight and that when it is over, it is over.

"Yes, the war was over, but President Johnson believed there was an atonement due. Taking office, the first words of the country’s new leader were these:

The American people must be taught to know and understand that treason is a crime . . . it must not be regarded as a mere difference of political opinion. It must not be excused as an unsuccessful rebellion to be overlooked and forgotten.

"Johnson's attitude created many clashes, of which this is one.​
General Grant Takes a Stand against his President
This Author's Thoughts
As a nation, we are proud that our top political leader does not adorn him or herself in medals and military splendor. The respect for the position of President of the United States is not based on the might of the sword but the political will of the people. Ours is a civilian leader, and we would never take lightly the stand of a general against the directions of his or her duly-elected Commander in Chief. But, as captured above by A. B. Farquhar, it happened once, and maybe many other times never captured in print. Integrity many times demands a stand of personal conviction and, in this instance, General Grant stood strong.

Our country depends on its military leadership to also wear the uniform of justice, and determining if the orders of the President of the United States violate the nation’s highest standards of integrity and justice is a tough personal decision to make; but our democracy, if it stands for anything, must stand for these virtues. To function otherwise is to allow deceit and dishonesty to infiltrate our most-necessary institutions which can destroy them from within.
Peter E. Greulich was stationed in Germany with the U. S. Army from 1971 to 1974. These are his views alone and are, as always, expressed humbly but with great passion.
Return to political articles Home Page