A Review of "Famous Leaders of Character" 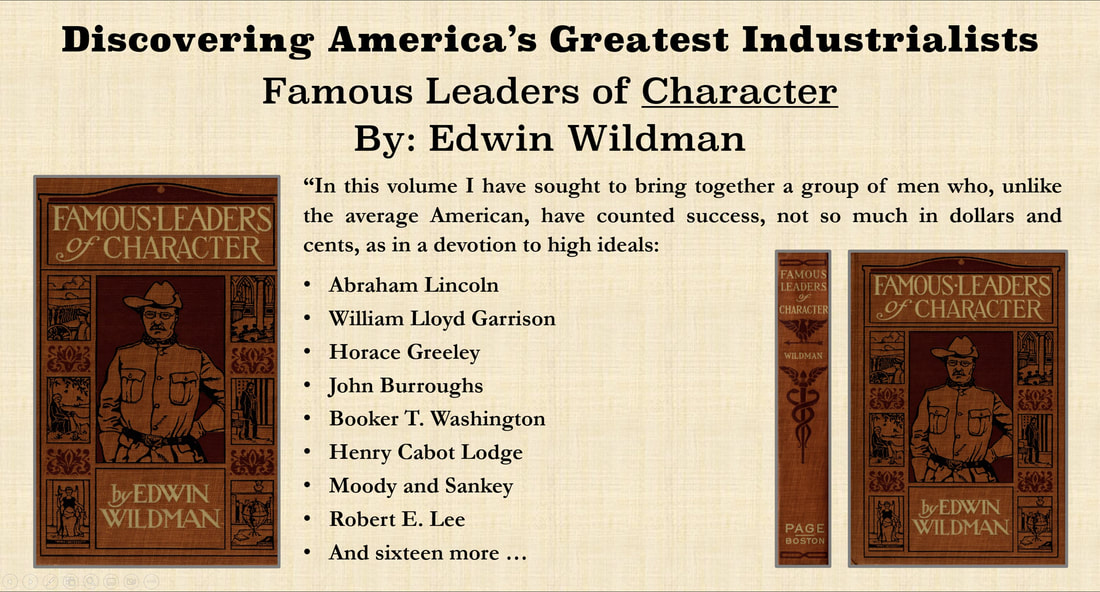 A Review of "Famous Leaders of Character"
Reviews of the Day: 1922

“It is a somewhat motley assortment [of individuals] and considering that ‘greatness of character’ is the selective test proclaimed by the author, puzzling in some its inclusions. Of the two dozen ‘great Americans’ not a few have already lived down their greatness.”

“If the book is read by the adults, the author hopes they will be as much interested as the boys. The adults are likely to disagree with some of his findings and conclusions. … The sketches are brief and lack unity of idea and apart from any considerations of style, which is utterly lacking, are very carelessly written.
“Queer use of words, mixed metaphors and grammatical errors abound. … There is nothing soundly historical about the sketches. … All the boyhoods were remarkable if we may judge from these sketches, and that is not likely to have been the case.”

The Greensboro Daily News, “Frivolous Biography,” December 3, 1922
Edwin Wildman on "Famous Leaders of Character"
​The information attributed to the individuals below are from the book as written.
John Burroughs: “America’s Great Naturalist”
On Robert E. Lee: “Duty, Above All Things”
“Robert E. Lee was among the men who urged the tolerance of reconstruction sentiment after the Civil War was over. … He prescribed and observed certain fixed modifications of conduct in war. January 27, 1863 Robert E. Lee issued these orders from his headquarters:
​
‘No greater disgrace could befall the Army, and through it our whole people, than the perpetration of the barbarous outrages upon the innocent and defenseless and the wanton destruction of private property that have marked the course of the enemy in our own country.  … ‘It must be remembered that we make war only on armed men and that we cannot take vengeance for the wrong our people have suffered without lowering ourselves in the eyes of all whose abhorrence has been excited by the atrocities of our enemy, and offending against Him to whom vengeance belongs, without whose favor and support our efforts must prove all in vain.’ ”
On Charles Sumner: “A Martyr to his Principles”
“His first articles in opposition to slavery were published in the Boston Advertiser and established his position on the issue. He contended that slavery was against National Right and urged that his friend Longfellow's anti-slavery poems be read the world over. …
​
“He argued before the Supreme Court the right for colored children to occupy the same schoolrooms with white children. The Court rendered an adverse decision, but the Legislature of Massachusetts, a few years later, prohibited separation of the races into different schools.”
This Author’s Thoughts on "Famous Leaders of Character"
I believe I understand why there wasn’t a six-series set of books on “Leaders of Character” like there was on “Leaders of Industry.” Judging and supporting one’s conclusions on “character leadership” carries with it the necessity of a fine judgement between good and bad character. Character leadership is more subject to individual biases than industry leadership—there is no indisputable model for character as might be assumed for industry leadership. With a character analysis, more details and a comparative analysis of those details is rightfully expected.

Judging an individual’s “leadership of industry” can be applied a single test—did they reach a high position in their industry. John D. Rockefeller Sr.’s inclusion in the “Famous Leaders of Industry: Second Series” is an application of such a methodology within the oil industry. In this case, the author judges a leader of industry by the ends achieved, not by the means used to achieve those ends.
​Judging character is quite different: to men of character, the means matter as much as the ends.
​
A review in The Greenville News entitled “New England Makes Us Laugh” documents the problem such a book can face: unexpected individual and locality prejudices.

“All the famous leaders with a few trivial exceptions were born in New Hampshire, Massachusetts or Connecticut, and in most instances, they attended Harvard University. Truly the soil and food of that small but favored and sacred section of the country simply oozes with literary vitamins. …
​
“While the balance of the country is pitifully barren of greatness, glorious New England is ‘all broke out with it.”

But lapses in character cannot be given a blind eye. Let me pose a few rhetorical questions that “typify” my thoughts: What is character? Should Wildman have offered a definition of character in his book by which to gauge his subjects? Can character be captured—much less proven, in a few, short stories about a handful of individuals?

I think the answer is that he missed the character target, and that is one reason it would have been hard to duplicate the six-series, “Famous Leaders of Industry” genre with an equivalent series on character.

I have taken note of the books that were used to write the overview of Robert E. Lee. A side trip will be taken on him someday. Unlike many today, I believe that he was a man of character—a soldier of character. When individuals tear down his statue, little do they know and understand the soldier and his war conduct. Lee was the antithesis in uniform to a General Sherman. General Ulysses S. Grant—and future U. S. President, defended Lee against persecution by President Johnson [follow this link]. It seems that General Grant might have understood the man he fought so many times—General Robert E. Lee, better than anyone today, but this would take a journalistic effort typified by an Ida M. Tarbell, a Ray Stannard Baker or a Mark Sullivan.

If more detailed information on individuals is available on this website, I have provided links in the following list of leaders covered in this book.