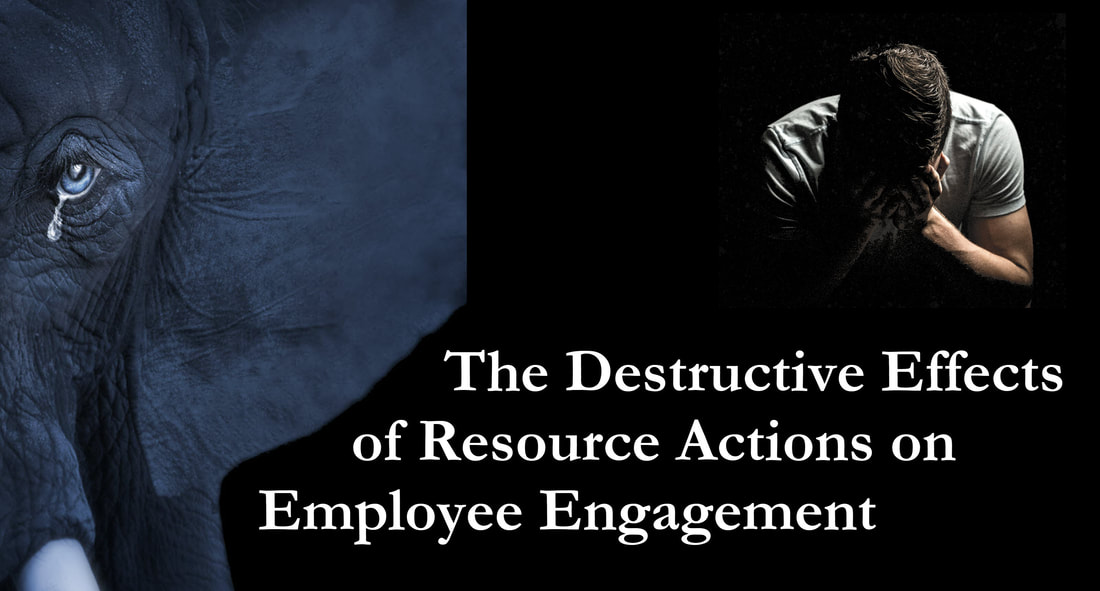 ​No one has ever captured in print how IBM's resource actions—the "force" in workforce rebalancing—destroy employee productivity.

​This is how.
How Resource Actions--Workforce Rebalancing--Affect Productivity
The New Corporate Carpe Diem
The resource actions never ended. Gerstner started them; Samuel J. Palmisano became addicted to them; Virginia M. Rometty, evidently, saw them as the only path to meeting her profitability metrics. Arvind Krishna and James M. Whitehurst are continuing the tradition.
The day began in the Jewish tradition—in the darkness of the night before. Our CEO sent an e-mail prologue, most likely as he left for home, family and friends.

​Sam Palmisano, Chairman, President and Chief Executive Officer
So we feared a different kind of record—being one among the largest number of employees resourced in a single day in IBM’s most profitable division.

My closest friends were reaching out by breakfast.

David was first. Where he lived it was 7:30 a.m. He was on the technical team that supported me. It was a short instant message: “I got hit by the latest resource action.” I asked for his résumé. When I called a manager—a personal friend—he apologized: “Human Resources told me that if I fill my open position with a person from the resource action I’ll have to ‘ante up’ a replacement from my own team. Pete, I can’t do that.” (That afternoon, an IBM spokesperson told the Austin press, “Some employees could find other positions within IBM and we’re enabling them in that effort.” Apparently a spokesperson’s “some could” should be translated to “none will.”)

Helen was next. We were teammates. She and I had traveled the world together. Every country we entered, she looked for presents for my wife—pashminas in China, pewter in Malaysia and Bidriware in India. Her father had died recently, and she moved her mom near her. We always compared notes and laughed over the day-to-day problems of the sandwich generation—caring for young children and aging parents at the same time. She was, like so many women today, balancing the duties of wife, mother and daughter-caretaker. Sadness set in as I felt that I was losing the best of friends and remembered a bygone era that had seen me through such life events.

Roger was on our team, too. I had recommended he join it. I now regretted that advice. I learned that HR’s lightning could scorch the same place twice.

Terry was a friend of twenty years. He was told to retire, though he still had a son to put through college. In January 1993 he had found a job for me—a move to brand management. It breathed new life into my IBM career. He sought me out then, but I couldn’t help him now. I felt powerless, embarrassed and full of guilt.

The Linux worldwide sales team was disbanded. Many of my closest and oldest friends were there. If there was any group of IBMers that had epitomized a nineties Gerstner Guerilla team, it was us—we found seven more years of revenue for IBM’s largest and best OS/2 banking customers. IBM’s Linux strategy lost some amazing expertise. Strategies stumble in the face of an earnings-per-share road map.
By lunch the statistics started to flow: the Raleigh press reported fourteen hundred jobs lost; the Austin press reported a thousand to fifteen hundred; and both promised more details with the evening news. I thought not. The news would remain off tonight.

After lunch, R.A. Day reached out for me.

​The previous year, I had been a 1 performer, but in the last few weeks my appraisal had been dropped without explanation. Because of past experience, I believed I was receiving a personal message: “You’re on the resource action list.”
I wondered if it was him or my BlackBerry. If I was in his shoes right now, how could I call friends and give them the bad news?
At 1:30 my phone rang. When I answered, Brad immediately said, “This is a good call—you’re okay. I did my best to set up individual calls with everyone.”

Relieved, I asked Brad how he was holding up. Brad was a good man, and I could not imagine carrying his burden. I wanted to tell him it was okay. We all knew it wasn’t him doing this to us.
The General Manager of Tivoli Software wrote:

"Perhaps the best part of a new year is the fresh start we get to refocus on our strategy and goals. . . . SWG revenues were up 11 percent in 2008 and up 3 percent in the fourth quarter (both at actual rates). Unfortunately, the Tivoli team struggled to reach our double-digit revenue growth goals throughout 2008. . . . I am proud to say that the team did a great job of reducing expenses--a continuing high priority for 2009." [Emphasis added.]
​
The Senior VP and Group Executive of IBM Software Group followed this closely with his expression of gratitude:

"You hit our profit plan for the year, an outstanding achievement that contributed significantly to IBM’s growth model. Despite a challenging economic environment, strong sales execution in 4Q helped achieve our best quarter of the year. And we gained market share, although we missed our full-year revenue plan. . . . In the quarter, we also did an excellent job controlling expenses. This will continue to be important in 2009 as we shift our investments to advance our growth strategy, deliver results to shareholders and emerge from this unprecedented environment even stronger." [Emphasis added.]

In the journal where I captured this day, I wrote, “We know they don’t care, but do they not think?”

In 1926, speaking at a Quarter Century Club meeting, Tom Watson Sr. had said:

Experience is a great teacher and in a highly technical business such as ours it is essential. The longer a man stays with a company the more valuable he should become, and I want to say to the twenty-five-year men that I consider the members of the Quarter Century Club one of the greatest assets our company possesses, because you know what should and should not be done.
​
I am an IBM Quarter Century Club member. As one of my company’s greatest assets and because I know what should and should not be done, what was done that day should never be done. It was ruthlessness in a time of corporate plenty.
​
Although the day’s pain passed, the mourning continued over the next month as silence replaced camaraderie with each friend’s departure. It continued over the next year, at worldwide sales events, as friends toasted friends “not present.”

But worst of all, until I found the courage to delete their names from my distribution lists, it arrived in the form of hundreds of automated e-mail replies that “This user is not listed in the Domino Directory.”

I feel guilty because I survived the slaughter.
Return to "resource actions" Information Home Page