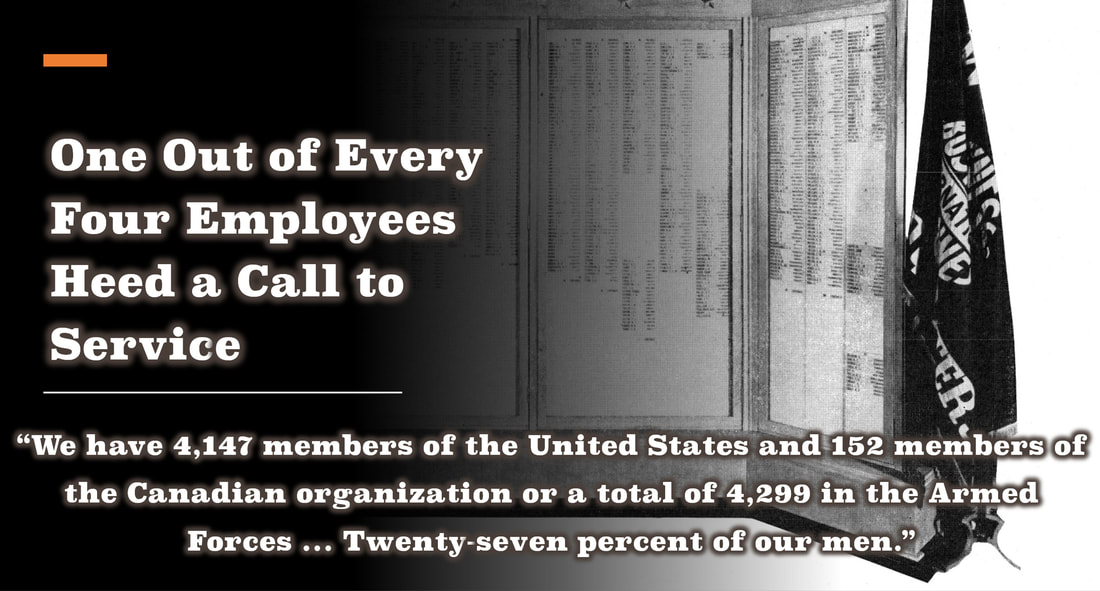 Twenty-Seven Percent of IBM Employees Hear the Call to Service 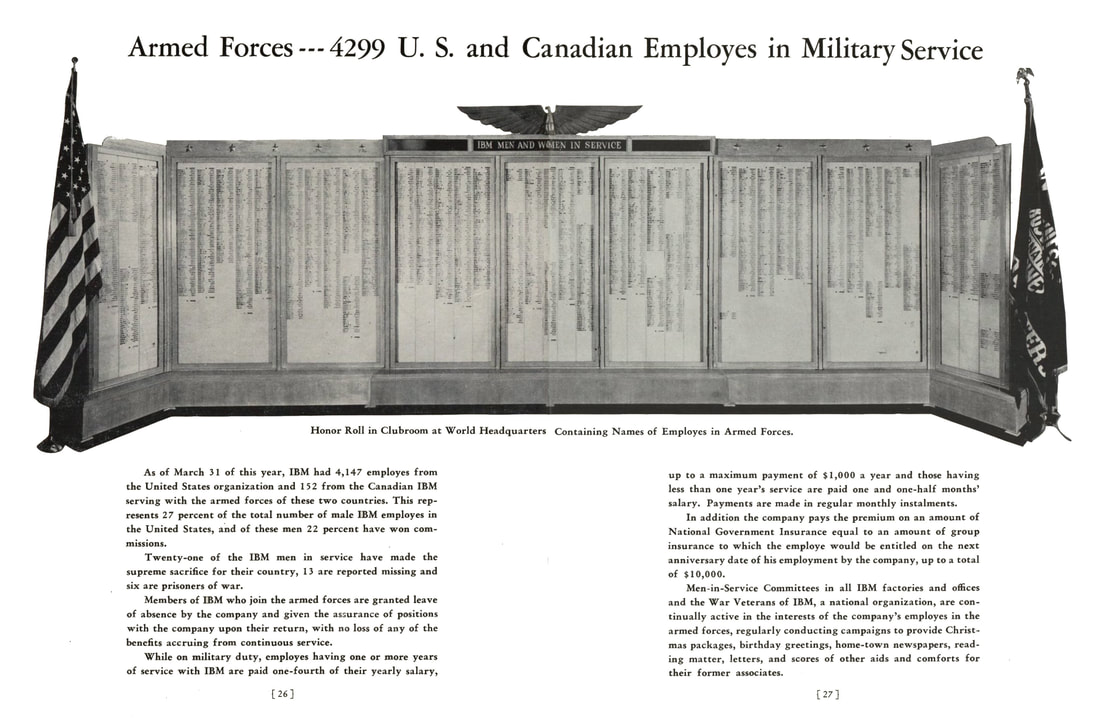 From IBM Annual Shareholders Report: April 25, 1944 - Status of IBM Military Men and Women in the Service of their Countries.
Replica of the Letter Sent from Thomas J. Watson to IBM Employees Who Entered the Service of their Country
As it is documented above, 4,299 IBMers from the United States and Canada left the service of their company and their customers to serve their country. This means that Tom Watson sent out over 4,000 letters similar to this one that went out in 1944.

The name has been removed for reason of privacy. 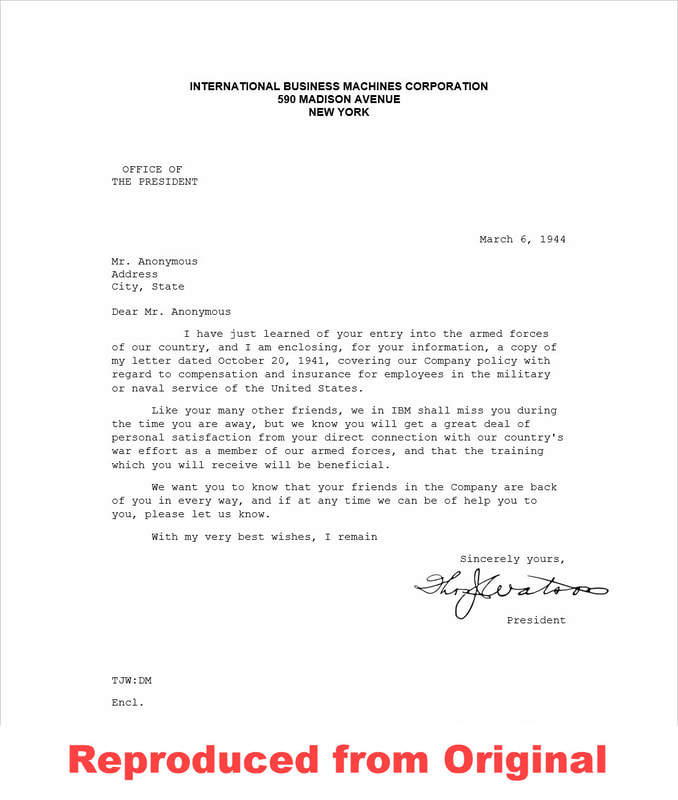