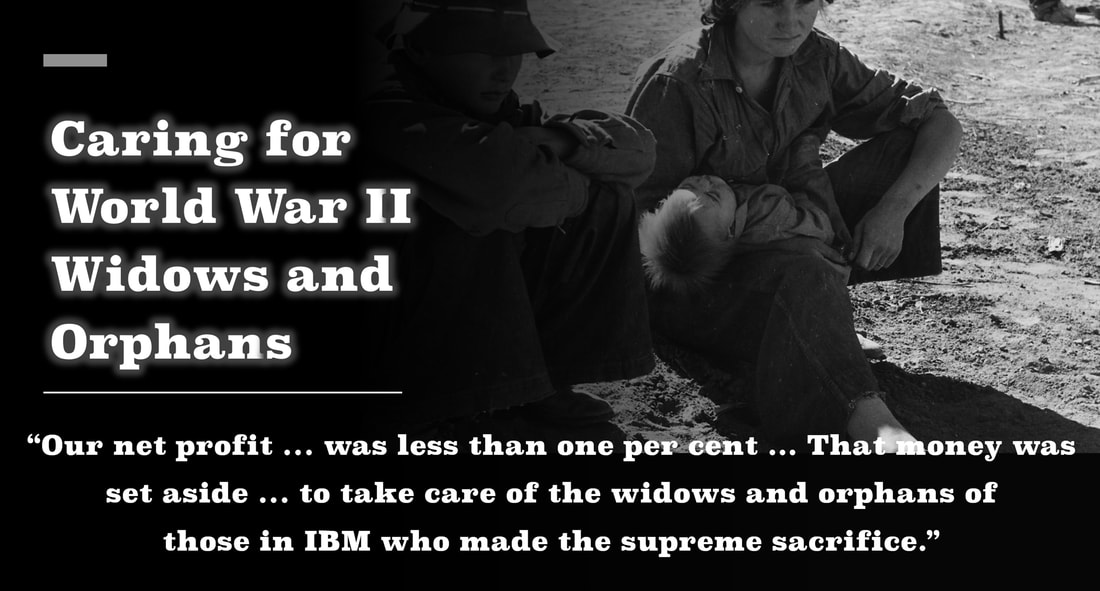 Caring for World War II Widows and Orphans
Tom Watson Sr. voluntarily relinquished any possible commissions or personal profit from World War II munition's contracts by insisting on a retroactive agreement that set his maximum share of company income to a 1939 level—a  time prior to the start of World War II when IBM was receiving no revenue from government munitions. From 1939 through 1945 this amounted to $1,365,582. (This amount is under research ... I believe it was much higher than this but will be accessing the National Archives to verify.)

He also insisted that IBM's profits from any munitions contracts be limited to one and one-half per cent. These "profits" were dedicated to assisting the widows and orphans of IBM's war-time veterans.
Thomas J. Watson Sr. flattened his salary during World War II.