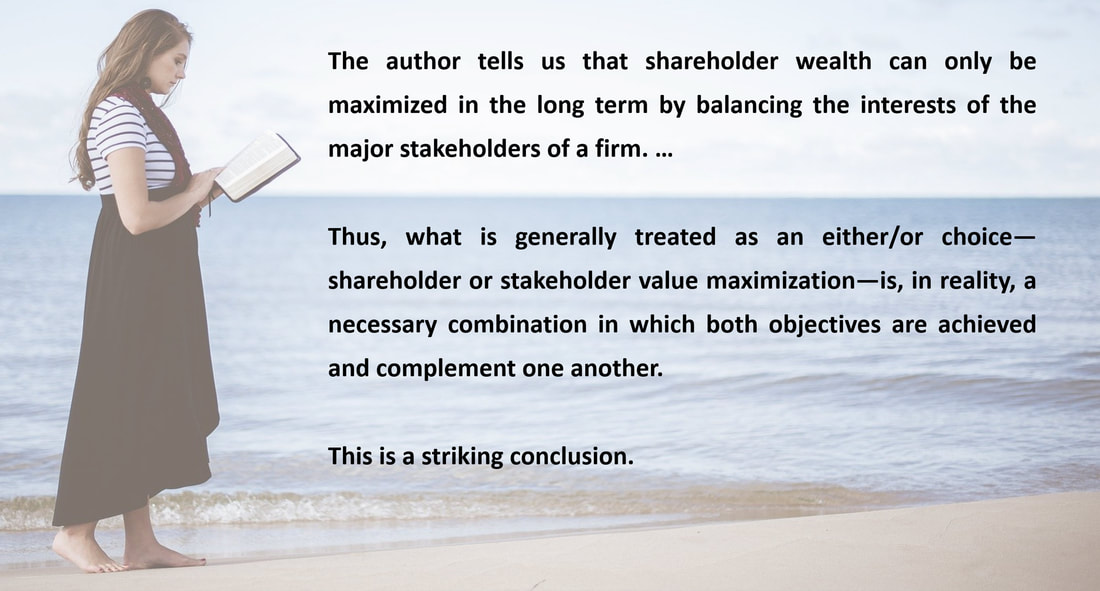 A foreword is a brief introductory piece in a book that is usually written by someone other than the author. It provides an insight into the book, either through the foreword writer’s personal or professional relationship with the author; or, through the writer’s connection to the topic or field. By writing a foreword, a person gives their endorsement, or support, of the book and its author.

So, when choosing the writer for a foreword, an author tries to get the “best” person he or she can to introduce their work.

D. Quinn Mills has studied and written about IBM. He did a fabulous job capturing the essence of THINK Again!.

This is the Foreword for THINK Again!: The Rometty Edition.
Foreword to "The Rometty Edition" of THINK Again!
​Foreword to THINK Again!: The Rometty Edition
by Daniel Quinn Mills, Professor Emeritus, Harvard Business School
The Audience
​In the pages of this book one meets the nine CEOs who have steered IBM through almost one hundred years. They are a varied group with different leadership styles. Some were successful; some were not.
​
Each, though, is an instructive example.
​​Building a Sustainable Stakeholder Community
​For many years, it was the most admired company in the world, dominant in the computer industry and creator of enormous wealth for its investors. In more recent years, though, it has stumbled with respect to each. How this happened, why it occurred, and what it says about why and how a company should be managed is a fascinating story.

The author tells us that shareholder wealth can only be maximized in the long term by balancing the interests of the major stakeholders of a firm. Thus, what is generally treated as an either/or choice—shareholder or stakeholder value maximization—is, in reality, a necessary combination in which both objectives are achieved and complement one another.
​
This is a striking conclusion.
A Century of Experimentation
​More than a century ago, Tom Watson Sr. took lessons from NCR Corporation and fashioned the three principles of the IBM company: respect for the individual, the best service, and the pursuit of excellence. For generations, IBM employees could recite these three principles, and more importantly, knew that each had a real significance in the company. In particular, respect for the individual was embodied in the full employment practice by which IBM did not lay off people due to changing business conditions. To avoid layoffs, IBM held to the doctrine that any business problem could be solved by training and education—meaning that as technology and business conditions changed, IBM would retrain its people, not fire them and hire new ones with the requisite skills. If a company was ever really a family, IBM was.

There was a period in the middle of the twentieth century when IBM dominated the world’s computer business. The industry was commonly described as “IBM and the seven dwarfs”—the dwarfs being IBM’s competitors. At that time, former IBMers were the lead IT executives for many of IBM’s customers. This was a period when it was universally said that a customer could never go wrong buying IBM. Then, in the mid-1980s, the company’s top executives made a major strategic error when the first major technology-driven disruption to hit an industry hit the computer industry.

Today IBM has morphed into a company that has lost its domination of its industry but continues as a large firm searching for a new path to major success. The full employment policy is gone. The three principles no longer mean what they once did, and IBM no longer creates shareholder wealth in the same magnitude.
Return to THINK Again! Information Home Page