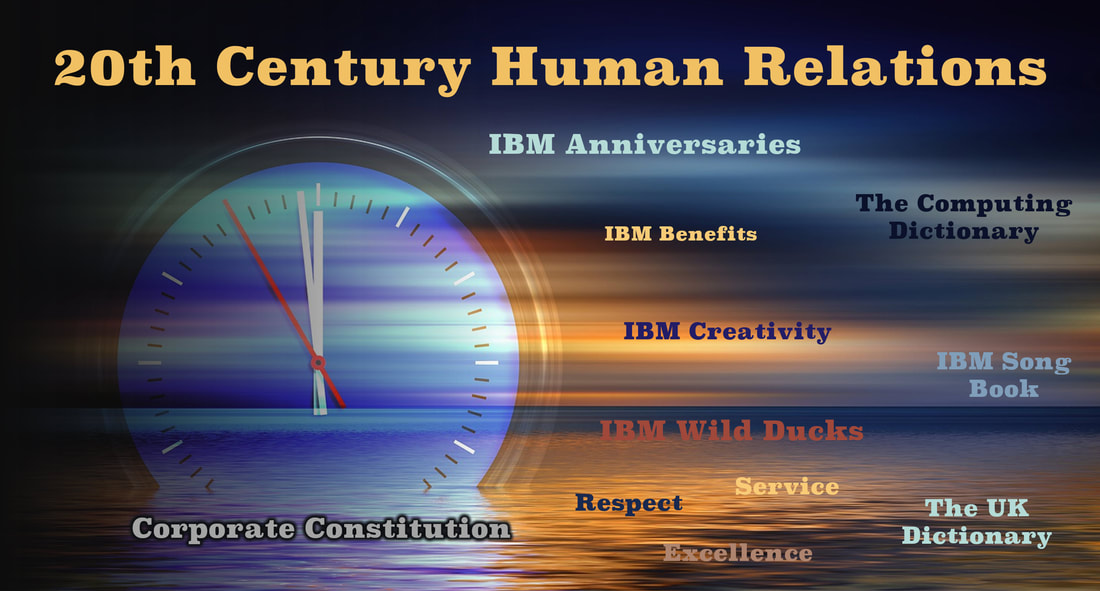 IBM's Twentieth Century Corporate Practices
"​The first responsibility of business is to its customers, and it has learned through long experience that it pays to observe the Golden Rule in that relationship. This is true also of its relations with its stockholders, the community in which it exists, and to its workmen."
​Walter F. Titus, Vice President of IBM, Kiwanis Club, 1938
Some of the greatest industrialists of the early twentieth century espoused the same philosophy using simple concepts as touchstones for their businesses. IBM and Tom Watson Sr. did not stand alone in this respect. ​George F. Johnson espoused a Square Deal; James Cash Penney and William H. Nichols conducted business under the guidelines of the Golden Rule; and in his shops, John Patterson hung two-word signs about investing in people: “It Pays.”

​Rockefeller Jr. wrote that “This standing aloof one from the other must end. … [A personal  relationship] is the recognition of the brotherhood of man, of the principle of trying to put yourself in the other man’s place, of endeavoring to see things from his point of view."

"Walking in the shoes of your employees" or the Golden Rule was the fundamental foundation for all of IBM's early 20th Century practices highlighted here. Some negative human relations practices expose that IBM"s twenty-first leadership has lost their way.

Have they been seeking a "Crown of Gold, instead of Laurel?"
Return to the "Twentieth Century IBM" Home Page