DISCERNING READERS
A Dream of Peace Slips Away 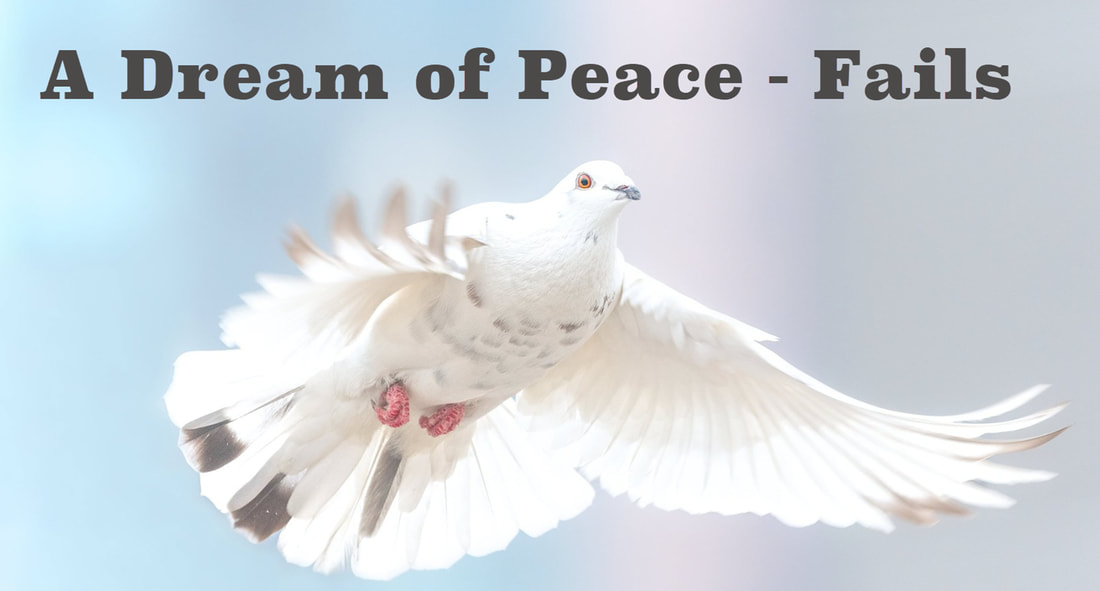 Watson Articulates His Faith in Peace
It reads like an open prayer written so that he might keep his vision, his common sense, the courage of his convictions, and his spirit of optimism through one of the world’s darkest times. He needed these rocks beneath his faithful steps to help humanity find peace and avoid war.
But in September, Germany invaded Poland. Britain, France and Canada declared war on Germany, and Russia invaded eastern Poland and then Finland. President Roosevelt first proclaimed the United States neutral, then declared a state of emergency, and then repealed the U.S. arms embargo. Tom Watson had spoken of and worked for peace between men for most of his adult life. His leadership as director of the Carnegie Foundation for International Peace and long years of service within the international business community culminating in his being elected President of the International Chamber of Commerce appeared to be for naught. His dream was slipping away – even for an optimist the future looked bleak.
Thomas J. Watson Sr. was 65 years old, and his life’s passion of world peace was surely gone—even he could no longer deny it. At this point, in early October, a reporter for The Daily Province in Vancouver, Canada wrote an observation of Tom Watson that was important in its peculiarity because it is impossible to find any similar description of this man in any other interview of the time.

The reporter observed that “there wasn’t much hope [for peace] in his voice.”

This should bring tears to the eyes of those who dream to someday see humanity at peace. Surely, it is understandable if Tom Watson wondered if the rocks beneath his feet had given way, and he displayed a momentary lack of faith and hope in the future. Surely, few men have walked a similar path as far as he did, few talked to so many business and political leaders in the name of peace, few created a successful harmonious corporate institution that crossed the national boundaries of 79 countries—all of these were steps taken by one man in the pursuit of worldwide harmony and peace.

The loss of such a passionate, life-long, dearly held dream would have crushed a lesser man or woman.